Four cursed knights. One Warrior Princess. A faerie sword that binds their lives together.

Fionna’s only hope to save her family lies across the Irish Sea. As a warrior princess of Ulster, the rival clann holding her father and sister for ransom knows she’ll pay any price to get them back. But even she couldn’t predict the task set before her–to steal a faerie sword from a king.

The Kingdom of Caerleon is dying under Morgan la Fay’s dark magic. Her vengeful curse has locked Excalibur in its scabbard, placing Arthur Pendragon’s kingship in jeopardy. Now Arthur and his sword brothers–Lancelot, Galahad, and Percival–have but one hope. The fifth knight. The one foretold by Merlin who will break the curse and heal the land.

But Arthur and his sword brothers didn’t expect the warrior to be a fierce and captivating woman. Or the legendary White Fay, prophesied by Morgan la Fay to destroy Caerleon by claiming the heart of a king and three sworn knights.

The Fifth Knight is a Reverse Harem tale of betrayal and fated love.

Claire Luana grew up reading everything she could get her hands on and writing every chance she could. Eventually, adulthood won out, and she turned her writing talents to more scholarly pursuits, going to work as a commercial litigation attorney at a mid-sized law firm.

While continuing to practice law, Claire decided to return to her roots and try her hand once again at creative writing. She has written and published the Moonburner Cycle and the Confectioner Chronicles and is currently co-writing the Knights of Caelreon series with Jesikah Sundin. She lives in Seattle, Washington with her husband and two dogs. In her (little) remaining spare time, she loves to hike, travel, binge-watch CW shows, and of course, fall into a good book.

Jesikah Sundin is a multi-award winning Ecopunk SciFi and Forest Fantasy writer mom of three nerdlets and devoted wife to a gamer geek. In addition to her family, she shares her home in Monroe, Washington with a red-footed tortoise and a collection of seatbelt purses. She is addicted to coffee, laughing, and Dr. Martens shoes … Oh! And the forest is her happy place. 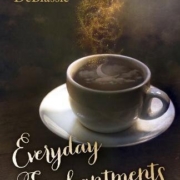 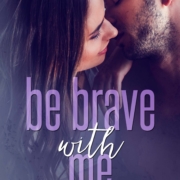 The Plot by Melinda De Ross
Scroll to top