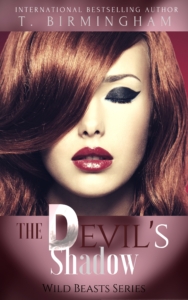 The crypts of gods, long dead, are being ransacked.
Nature whispers secrets in hushed tones to the beings who will listen.
Prophets call out warnings with each breath of power they speak into existence.
Ghosts haunt. Shadows roam. And the Devil waits for his due.

Kieran Gimble is used to the ebb and flow of the universe. He’s been around long enough to know nothing ever stays the same. Then again, nothing much changes either. And yet, his own world is full of unknowns, including kidnappings and a mate who won’t give him the time of day.

Ginny Zolanski is broken. Whatever super self-control she’s had for the last half-century is failing her. Being close to Kieran may settle the raw pain she battles on a daily basis, but falling for a man she’ll only end up hurting would be her worst decision yet. And she’s made some doozies.

As Ginny falls deeper into the darkness and a past she thought was behind her draws ever closer, it may be that the bond she and Kieran have is her only chance for freedom.

The shadows are closing in and the worlds are unraveling all while Ginny, Kieran, and those at Shadow Lodge try to solve the newest mystery: who’s abducting locals and what do the Light Skröm have to do with it? 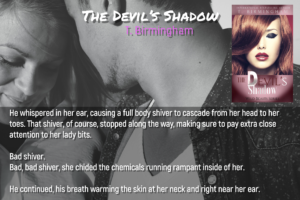 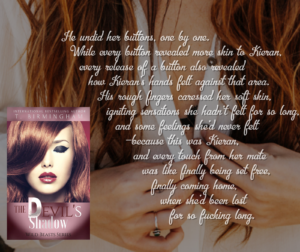 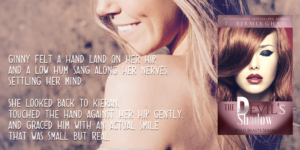 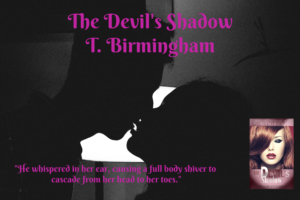 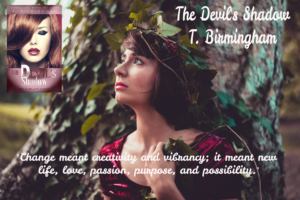 T. Birmingham believes words are our greatest form of magic. And making magic is what she loves best. But when it’s time to put the words aside, T. enjoys drinking whiskey with her tribe, eating pretzels with Nutella, watching and reading as many stories as she can, especially romances, and traveling wherever the wind takes her–sometimes all at once. She also loves a sturdy (but cute) pair of cowgirl boots, is hoping to one day build a log cabin with her Man Bear, and she writes mystery and suspense in the Paranormal, Contemporary, and MC Romance genres.

The Inheritance: The Story of an Unlikely Submissive by India Kells
Scroll to top