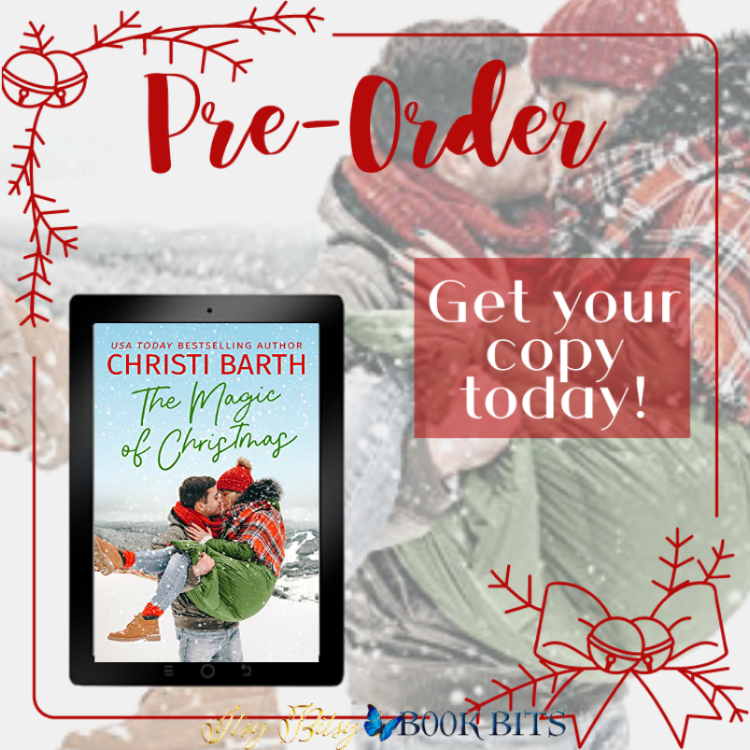 The Magic of Christmas by Christi Barth

It’s the opportunity she’s dreamed of…

After spending two years focused on her career, Rowan West is finally up for an advertising manager promotion. Holiday parties and gift-buying are on hold as Rowan travels to New Hampshire to create a marketing campaign that can revive a struggling, Christmas-themed resort and adventure park. Rowan’s brains and ambition make her shine, and she won’t allow anything to get in her way—especially not her far-too-handsome competitor with a sense of humor and high-up connections.

He needs to prove himself…

Jeremy Kincannon is competitive enough to fight tooth and nail for a promotion he doesn’t even want. Because his stepfather owns the company, no one believes he earned his spot despite having climbed up from the bottom like everyone else. He’s intrigued by his button-upped, business-only colleague who’s distractingly pretty. So he lays down a challenge—he’ll call a truce to their verbal sparring if she tries to have fun.

As their rivalry wanes and attraction grows, will Jeremy and Rowan embrace the magic of Christmas?

Follow Us!
Thunder on the Moor by Andrea Matthews

THE PATIENCE OF KARMA (A Madeline Dawkins Mystery #5) by Cynthia Hamilton –...
Scroll to top