Home to the Outback is the first in the Bunya Junction book series by Nicole Flockton. This was a sweet story of returning to your hometown and finding all that you actually needed in life was there for you. At first, Dr. Ryan Flanagan seems like he will be full of arrogance but the more we are given into his character, he becomes a very loving and caring individual. I like how he grew into who he became. Most often, plastic surgeons are portrayed as indulgent and snobbish, but this is not the case with Ryan. Sindy Carruthers is the nurse that steals Ryan’s heart and is overcoming her own demons that had her return to Bunya Junction 2 years prior to Ryan’s return and working alongside Ryan’s father figure in the local medical practice. I would absolutely recommend this read. It’s a very easy to get into and short enough that I found my afternoon swept away by the characters. I will be looking out for the next books in this series.

I can always count on Nicole Flockton to deliver an enjoyable story as was swept along on another wonderful read! This story definitely had all the ingredients to hold my attention- right from beginning to end. I enjoyed the story so much I read it in one sitting.
Home to the Outback is the first book in the Welcome To Bunya Junction series by Nicole Flockton. This is a contemporary romance, ’my best friends’ sister’ type story with Ms. Flockton’s own unique touches. There also plenty of emotion, drama, some danger, and secrets- all set in a small country town called Bunya Junction in the Australian outback.
Sindy Carruthers returned to her hometown three years earlier, when life got ugly. She has made a new life for herself managing the local medical clinic and feels like she finally has her life back on track. But with the death of the local doctor- life once again throws her a bit of a curve ball- in the form of Dr. Ryan Flanagan who arrives to attend the funeral of his friend and mentor. Then to make things even more complicated, they find that they have both been named in the will. Gaining a half share in the medical practice. Add a little danger, secrets, drama, and angst, and we have a captivating story.
A great start to this new series and I am really looking forward to reading the rest of the instalments!

Home to the Outback (Welcome to Bunya Junction Book 1) by Nicole Flockton is a beautiful and sweet contemporary romance. It is an emotional story and a great start to a new series. Being set in the Outback of Australia makes it easy for me to imagine, being from Australia myself.
With bad relationships behind them and after being attacked they are both still facing the battle scars as they return home to their childhood small town. There they are reunited by tragedy, and they find the one thing they hoped for but didn’t think they would find.
I’m eager to get my hands on the next book.

This is a cute romance story that I enjoyed from beginning to end. This is not a new author for me and this is one of my favorites by her yet. This is a well written story about Sindy who has to return home a little broke and takes up practice as a nurse. She is doing great on her own until he pops up in her life again. Ryan has come home only to find that he has been given half of a practice, the other half is owned by her. He has no intentions of staying all that long but will he change his mind? These two never expected to be thrown together in one practice nor did they expect what happens to their hearts. I enjoyed the growth of these two and what they brought to the story. They are connectable and really just made the story for me. I also enjoyed their chemistry together. I found myself hoping that they would get a happy ever after at the end. This is a fun, entertaining, engaging story that I had a hard time putting down. It was a great afternoon read. I highly recommend this book.

Home to the Outback by Nicole Flockton
My rating: 5 of 5 stars

This book brought a lot of emotion on for me, but in a good way, it really was enjoyable in more ways than one. I really connected with the characters, especially as I went through learning about them and the events that made them who they were to where we are at this point in time. It was hauntingly beautiful at times, and the story itself brought on more emotions for me, but in a good way I would say.

Sindy and Ryan were two souls, who basically have their life’s set, and the choices they made defined them. In truth though, were these choices ones provided by longings of their heart or just what their brains may have have thought best suited for them? Through a wake of sadness, of a character that had passed, that really helped define Sidney and Ryan, brings them both together, there may be some unexpected occurrences brought on by this. They inherit a late doctors business. To one character he was their true father figure, and to the other they were a employer as well as a good friend, The pain and loss brings on a lot of emotions and not understanding how Sidney and Ryan came to gain this business.

Through their time together, there were moments of where they seemed to be fed up with one another. Other times, they opened up and about their pain and suffering and where they came from, and I felt for them both separately . If there was not enough going on, Sidney has to deal with her past again in a bad way, trough this lets say suspenseful time, it brought these two souls together and they really for one another. Realized its not just chemistry that this perhaps could be the best thing that ever happened to them, only if they allowed it and fought for it. Sometimes you get called home, not because you think tis a good idea, because sometimes the best things can be found where your life first began. Watching them grow closer was beautiful in many ways, and I loved how the story went for sure!

The book made me feel many thing as I said. The warm soothing feelings it brought, as well as the tear falling moments. All in all, we can not deny this is an wonderful book to read, and its a book I will defiantly will re read again. I would want to revisit this town and characters again with no doubt.. The author did an wonderful job of the character development and all the surrounding components. Really enjoyed reading! This is one, I think all of us need to read, its not one to be missed and that’s a fact. 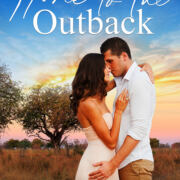 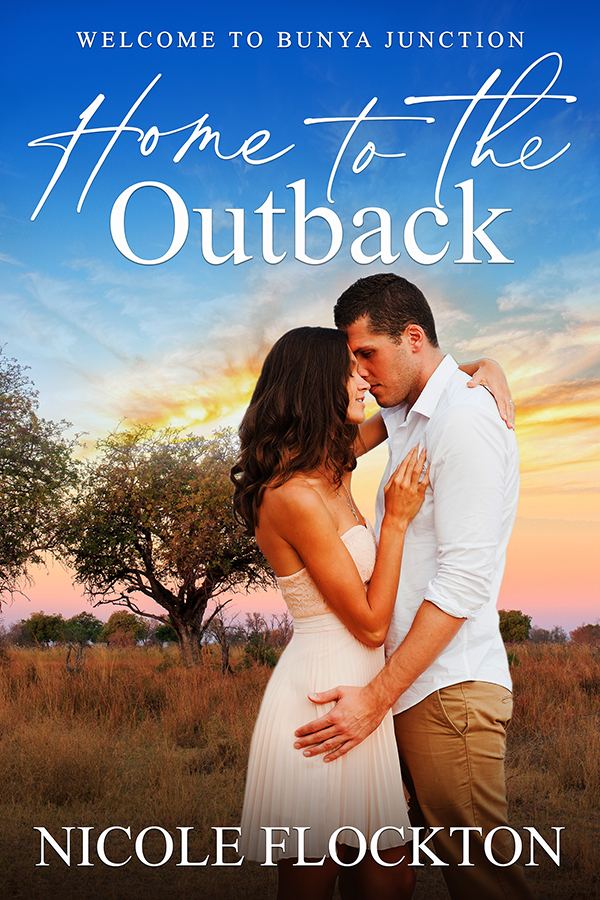 Coming home isn’t always easy…
Three years ago, nurse Sindy Carruthers returned to Bunya Junction wounded, wary and shamed by a relationship gone wrong. Welcomed home by her family and supportive community, she now manages the local medical practice and enjoys her newfound confidence. She’s perfectly happy on her own, until a blast from the past in the form of Ryan Flanagan appears.
Dr. Ryan Flanagan—renowned plastic surgeon to the stars—heads to Bunya Junction to pay his last respects to the man who opened his heart and house to an abandoned boy. Ryan’s no fan of Bunya Junction or the harsh judgments of some of the townsfolk, so he’s stunned to discover that his old mentor has bequeathed him half a general medical practice—hoping he’ll stay on and serve the community. The other half of the practice now belongs to the beautiful Sindy Carruthers, his closest friend’s twin sister.
Sindy knows Ryan will never stay in Bunya Junction and become her business partner, and that’s a good thing. Otherwise she might just lose her heart to him. 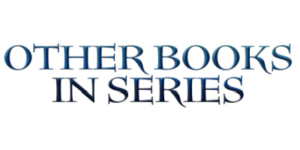 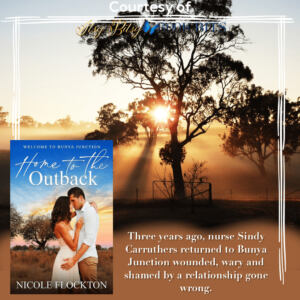 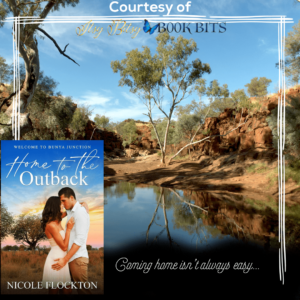 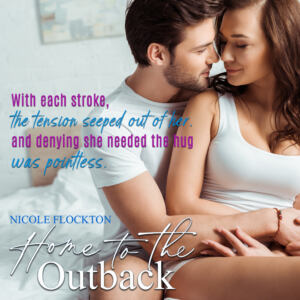 USA Today Bestselling author Nicole Flockton writes sexy contemporary romances, seducing you one kiss at a time as you turn the pages. Nicole likes nothing better than taking characters and creating unique situations where they fight to find their true love.

On her first school report her teacher noted “Nicole likes to tell her own stories”. It wasn’t until after the birth of her first child and after having fun on a romance community forum that she finally decided to take the plunge and write a book.

Apart from writing Nicole is busy looking after her very own hero – her wonderfully supportive husband, and two fabulous kids. She also enjoys watching sports and, of course, reading.