Protecting His Heart by Tracey Cramer-Kelly
My rating: 5 of 5 stars

Protecting His Heart is the second novel in the Lawson Family series by Tracey Cramer-Kelly. This is my second novel by this author.

Ian is a police officer is in his small hometown. Because of his abusive childhood, he moves in with his best friend’s family who takes him and they eventually move. Once he is older, he returns to town. He isn’t looking for a relationship but has an attraction to Rachel. The more he sees her, the more tempted he is.

Rachel has issues of her own. The guy she thought she would marry but things aren’t looking good. She wants to be a wife and have a family. Her attraction to Ian, makes her think she should break up with her boyfriend Josh.

If she breaks up with Josh, what then? Will Ian and her be able to have a relationship or will his past taint the relationships and life they could have.

I really loved this story. Its very rare that the female lead is already in a relationship with someone before meeting the male lead. Which was some nice added conflict for the plot.

The characters made you feel for them especially Ian. Reading more about him was so heartbreaking but at the same time I was glad that he was able to move away.

I look forward to another novel. 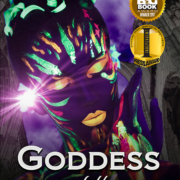 The Mourning Islands by Douglas Wells – Review by Kerry Carr

Goddess of the Wild Thing by Paul DeBlassie III