Killer Lawyer by Mark Nolan
My rating: 5 of 5 stars

Killer Lawyer is the third book in the Jake Wolfe series by Mark Nolan. While it could probably be read as a stand alone book, I recommend reading the first two books. Not only because they have overlapping characters, and you will have a better understanding of their dynamics, but because they are good! Jake is a complex character, he is a lawyer by day, and an assassin by night. He works with the US Marshals, and also alongside the SFPD. He also is a retired marine, and K9 handler, so he and his dog Cody chase down criminals. In this book, they are after a serial killer that is terrorizing the greater San Francisco area. Jake has a lot of connections that help him track the killer, including his best friend Terrell, who is part of SFPD and Jake used to be a photo journalist, so he has ties to the media as well. Overall its a very good book, with a good balance of psychology, law and suspense and drama. I love Mark Nolan’s stories, and this did not disappoint. 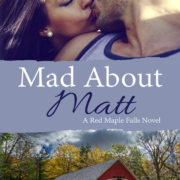 Only This Tuesday: A Copper Mills Novella by Melissa Keir - Review by Karyn Taylor

Linda Gets Her Groove Thing: A Spicy Romantic Comedy about the Afterlife (The Green Room Chronicles Book 2) by J.D. Frettier - Review by Lisette Gonzalez