Rewind by Rowan Shaw
My rating: 4 of 5 stars

Rewind by Rowan Shaw was a good 4 star read and book 1 in the Rewind series.
This is a M/M read.

Florian walks in on a shocking scene, his GF in bed with his best friend. She appears to have no remorse whatsoever and blames him for her actions because of his bisexuality. I instantly had a dislike for this woman. I question why he stayed with her as long as he did.

Enzo who is deaf also went through an abusive relationship and was trying to recover from it. When Enzo and Florian reconnect after eight years you can feel the love between them. They were perfect for each other.

As we move forward, the story goes from past to present and we start to get some answers as to why Florian went away and Enzo has some deep scars he’s trying to recover from.

I will warn that there is some emotional abuse that was really sad and hard to read at times. The secondary characters were interesting to say the least, most of them were disappointing to me in the attitudes and comments that would come from them. I have several friends who are part of the LGBT community so this was a hard book for me to read at times. I was so angry and wanted to wring some necks at how stupid and mean people were being. This was a great read but had my emotions all over the place. If you are an overly sensitive person, some of the abuse/comments in the book may be triggers for you. What’s even more sad is that some of these things are an everyday thing for some people. Overall the author has done a great job with her writing. This was my first read from this author, I look forward to reading more from her. 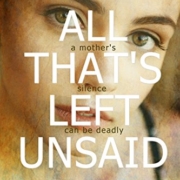 Heart of a Hunk: A Limited-Edition Collection of Bad Boy, Billionaire and Hunky Romance – Review by Tracy Wilkin