The Brass Compass: A Novel by Ellen Butler Books

Publishing Company – Power to the Pen

A beautiful American spy flees into the night. On her own, she must live by her wits to evade capture and make it to the safety of the Allied forces.

Lily Saint James grew up traveling the European continent, learning languages as she went. In 1938, her mother’s abrupt death brings her back home to Washington, D.C., and after the bombing of Pearl Harbor, Lily comes to the attention of the Office of Strategic Services (OSS). Her knowledge of German, French, and Italian makes her the perfect OSS Agent, and her quick thinking places her as a nanny in the household of an important German Army Colonel, where she is able to gather intelligence for the Allies. After her marketplace contact goes missing, she makes a late-night trip to her secondary contact only to find him under interrogation by the SS. When he commits suicide, she flees into the frigid winter night carrying false identification papers that are now dangerous and a mini film cartridge with vital strategic information. In order to survive, Lily must make it out of Germany, into the hands of Allied-controlled France, through a path fraught with peril.

This award-winning novel reveals the extreme dangers WWII agents faced when Lily St. James, the heroine of The Brass Compass, parachutes behind enemy lines, destroys rail lines, and infiltrates a high-ranking Nazi household. The Brass Compass is the latest story to celebrate the uncompromising intelligence and composure displayed by real operatives. From Greta Garbo in the film “Mata Hari” to Kristin Hannah’s The Nightingale, audiences will be riveted by the tough-and-tender ways women approach espionage and how these fictions reflect reality.

Ellen Butler is an international bestselling novelist writing critically acclaimed suspense thrillers, and award-winning historical fiction. The Brass Compass was inspired by the brave women who served in the OSS, British Special Operations Executive and French Resistance. Ellen is a member of The OSS Society and her fascination with WWII history originally piqued when her grandfather revealed his role as a cryptographer during the war. The Brass Compass is her debut into the historical fiction genre. She also holds a Master’s Degree in Public Administration and Policy, and her history includes a long list of writing for dry, but illuminating, professional newsletters and windy papers on public policy. She lives in the Virginia suburbs of Washington, D.C. with her husband and two children. 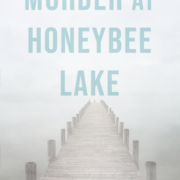 Hero High: Figure In The Flames by Mina Chara – Review by Sheri Schrader

The Sound of Silence by Dakota Willink – Review by Katie Matthews

Follow Us!
Vermilion Lies (The Order of the Senary Series Book 3) by L.D. Rose

Bowled: Facing the Yorker of Love (To Love a Sportsman Book 1) by Pamela Q....
Scroll to top