Sasha Koslov is a Russian Ballerina, on an extended visa in the United States. She is a vision to uphold, strong, and regal to those who watch her perform and follow her fame, but they don’t know her secrets or the heartache she endures.

Jay is the head of an elite security team, paid to protect two of the wealthiest men in the world. He has never once felt the need to protect someone outside of the job, but there is something about Sasha that calls to him on a primal level. He has wanted her since the very first time he saw her, mesmerized by her beauty, that graceful body, and those penetrating sky-blue eyes.

When he discovers her past, the mafia connections and the implications it has to the billionaires he protects, will it be too much to overcome or with methodical planning can he tame and capture the heart of his wayward angel? 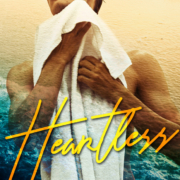