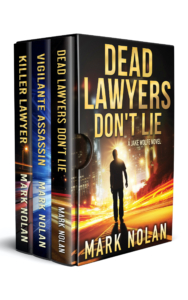 Book 1 – DEAD LAWYERS DON’T LIE
In this Amazon top 20 bestseller, a mysterious killer who calls himself The Artist is assassinating wealthy lawyers. When war veteran Jake Wolfe accidentally takes his picture during a murder, The Artist adds Jake to his kill list and he becomes a target in a deadly game of cat and mouse.
How far would you go to protect your loved ones from a killer? Jake wants to leave his top secret, violent past life behind him. But the reluctant, flawed hero can’t ignore his duty and his personal moral compass.
Book one is where Jake meets the highly intelligent war dog named Cody.
Book 2 – VIGILANTE ASSASSIN
When Jake Wolfe and his adopted war dog are asked to do a K-9 search for a missing person, they uncover a shocking conspiracy, are targeted for death, and must fight for their lives against a gang of cold-blooded killers.
The threat begins when wealthy socialite Lauren Stephens awakens to find her husband, Gene, has vanished from their mansion during the night, leaving his luxury car behind. Cody searches the estate and the dog uncovers a frightening secret that shocks a trusting wife to the core. Gene has enemies, and now they want something from Lauren. Her world is about to be turned upside down, placing her two young children in mortal danger.
Jake will need all of his combat Marine skills to protect Lauren and her kids. And if he’s forced to engage in vigilante justice, so be it.
Book 3 – KILLER LAWYER
Marine veteran Jake Wolfe is living on a boat with his war dog, trying to put his days of combat behind him. But when his city is shocked by a serial killer and he’s framed for the murder of a friend, Jake must race against time to find the killer before he strikes again.
Drawn into a deadly web of crime and danger; at every step Jake and his loved ones are being hunted by the clever, twisted madman. As the city is gripped in fear of the murder spree, Jake investigates and uncovers ominous clues until a shocking reversal of fortune changes everything.
With the clock ticking and lives at stake, will Jake be able to find and stop the killer in time, or will he become the next victim?
Buckle up for a wild ride as Jake Wolfe and his exceptionally intelligent dog, Cody, return to action in this page-turning thriller in Mark Nolan’s bestselling series 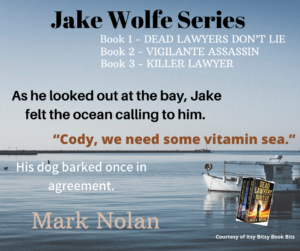 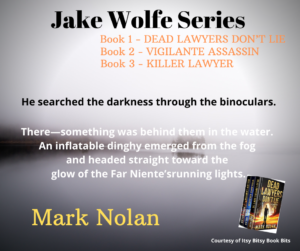 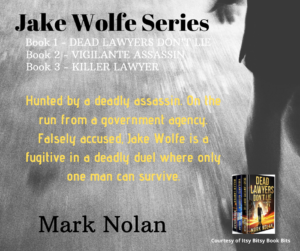 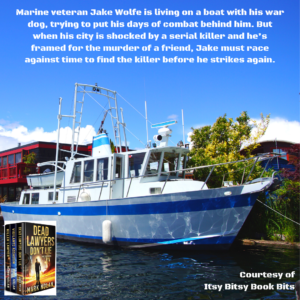 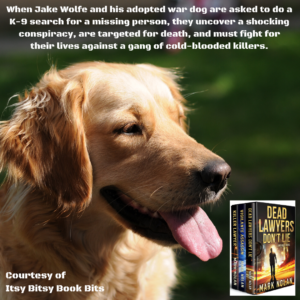 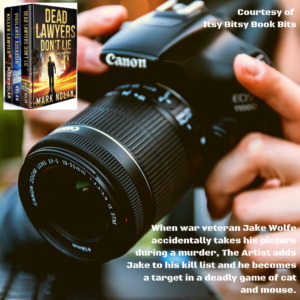 Mark Nolan invites readers to subscribe to his newsletter for updates, specials, and to notified when a new Jake and Cody book is ready for you to enjoy. Please visit: marknolan.com

He is currently writing book 5 in the Jake Wolfe and Cody series.

Mark also tries to make time every day to answer emails from readers. You can get in touch with him at marknolan.com. 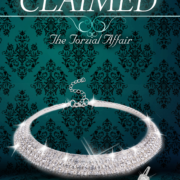 Claimed (The Torzial Affair Book 3) by Via Mari