Minx by Maggie Adams
My rating: 5 of 5 stars

Miranda Blake is in her fifties and thought she had her life all sorted out, apart from being a bit klutzy, that is until her husband suddenly wants a divorce, her out of his life and their house within a couple of weeks while he is on a cruise they were meant to be going on together, talk about a bombshell! As he prepares to leave the house, she is equally panicked and angry, she hasn’t worked since she got married, she gave up things for him and he repays her by having an affair, but she does give him a piece of her mind, which he doesn’t expect, but the satisfaction for Miranda is just what she needed, until exhausted she collapses into the spare bed. The next morning, she wakes up feeling worse for wear, but better after a shower, until one of her best friends comes in, gun in hand and nearly shoots her when Miranda attacks her with a hairdryer, both are as surprised as the other but when Miranda explains the situation amid floods of tears and collapses into another exhausted sleep and wakes up with her other friends rallied around her and ready to help out any way that they can, including talking her through why they love her and giving her soon to be ex-husband the nickname of “Rat Bastard”.

As the deadline to leave her home advances, she gets some advice and more help from her friends as they talk about what needs to happen for the divorce to happen and then after packing up her belongings, they discover that they need to take her shopping as he owns everything, including the clothes on her back. As the impromptu shopping trip starts to slow down and the ladies hit Starbucks, they insist that she does a catwalk strut, but when she tries, her klutzy nature comes to the fore and her new heels get stuck in a hole in the sidewalk and she stumbles face first into the lap of an extremely handsome man, much to her embarrassment., but it proceeded to become a horror show when she used his sensitive parts as leverage when she tried to get up which led to her falling back on her rear end all over again. This incident doesn’t stop him from introducing himself, asking for her number and promptly asking her out to dinner the next day and yet again her friends rally round and help her to get ready for her first date in years. As the drink and conversation flow, they get on well and when she blurts out that she needs a job, he says he will see what he can do when he casually name drops that he has a brother who owns the company he also works for and when his brother goes past them and introduces himself, she is a little lost for words and at the end of the night, she doesn’t know which of the two she would prefer.

As the ladies gossip and demand the details from the date as they work on her resume so it is ready when he calls her a few days later and says that a position has opened up as an executive secretary and has set up an interview for her as he thinks that she will be perfect for the position and she does get it, as the lady she is replacing is about to give birth. As she is settling in to her new role, she overhears some conversation she isn’t overly happy about, but she isn’t in any position to challenge, or change, however, when the boss steps in and helps her out with it, she realises that she is going to have to figure out what shape the future is going to take and is asked to move to be his assistant when the one she has stepped in for returns after her maternity leave, this leads to her helping to organise an important fundraiser and while she is at the mall looking at things in person, she has to pop to the bathroom to avoid being caught while overhearing another conversation, however, when she comes out and tries to ignore the sales assistant hailing her, she runs into the boss whom she was just listening to, but her inability not to embarrass herself comes crashing in when she realises that she has been mooning the entire mall and while trying to put her clothing back into place, another unfortunate incident involving her underwear happens. Will Miranda ever be able to get through a situation without embarrassing or injuring herself, or will this nature be her undoing? Will she be able to get through the divorce without anything else getting in the way, or will disaster strike again and her choices be taken out of her hands? This is a romance in an unusual generation which makes it even more humorous as it is romantic and will keep you entertained all the way through and wanting to know more about the adventures of this group of friends at the end. 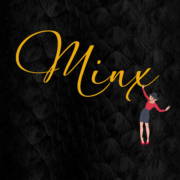 Spring is in the air and all thoughts lead to love, right? Well, if you’re Miranda Blake, you’ve got more important things on your mind – like being homeless (sort of), unemployed (definitely) and recently divorced (rat bastard). So what’s a girl to do? With the help of her friends, she’s determined to dust off the booty, lift up the ladies, and get on with her life, except she doesn’t have a clue on how to do it! And that lands her in trouble with the law, mooning a mall, and falling (literally) for the wrong man.

Maggie Adams is an internationally bestselling romance author. Her first book in the Tempered Steel Series, the romantic comedy-Whistlin’ Dixie, debuted in Top 100 for Women’s Fiction, Humor, on November 2014. Since then, she has consistently made the various best seller 5-star list with her Tempered Steel Series. Her series has launched the tiny town of Grafton, Illinois, into international recognition with sales in Mexico, Ireland, Scotland, Australia and the UK. She is the recipient of various awards for excellence including Dayreader Reviews Best of 2015, the Readers Favorite Award 2016, the Indie Romance Convention Romantic Comedy Award 2017 and the 2017 New Apple Awards -Suspense.

She also writes paranormal romance, young adult romance and women’s fiction. Maggie’s books can be found on eBook and paperback on her website and all major book sites.

When she’s not writing, she can be found dancing, singing and cooking (usually all at the same time), and spending time with her family and friends.