Warranted Pleasures by Shannon Nemechek
My rating: 5 of 5 stars

Warranted Pleasures is the story of two people who are instantly attracted to each other at first site but can the rules of their job keep them apart or is the love they have for each other strong enough to break the rules they have sworn to up hold.

Raleigh has seen the devastation war can create as a serving officer he has been in hell, but now his job is State side and less danger until one job threatens to take away the one thing he loves more than anything.

Sam has just taken over the role as new supply sergeant but has a hard time as she has missing supplies, the general has requested the service of Chief Warrant officer Raleigh Fitzgerald. She has been requested to help him in the investigation but first she needs to collect him from the airport. As she is awaiting his flight she sees the man in all his hunky glory and has an instant attraction to him. He is all southern gentleman and seems like a real ladies man but although he seems like this character you learn throughout the story in the end he only has eyes for Sam and this is sometime new to him he feels he has finally found love.

Raleigh has been ordered to investigate the theft of military stock and as he arrives and meet his liaison he is floored how beautiful she is but there in one problem there are rules that they cannot start anything or they will both be in trouble. But as the investigation goes on the attraction between the two is on fire and can the feeling that they both feel be enough to defy the rules. But as they investigate some shocking truths come out which shatter Raleigh’s world apart and who he thought he could trust his brother in arms becomes the enemy he and his fellow men are trying to stop.

This is the first book I have read by this author and really enjoyed the thrilling twist and turn of the story. The sizzling attraction between these two people, also factor in the rules they have to enforce by the military it was a great story. There is hard truths that Raleigh and Sam uncover regarding his past and I love the way that they have the same spunk in them to bring the case to a close. I can’t wait to read the next instalment in this series. 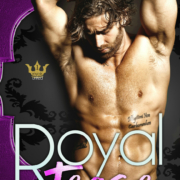