Seized by Obscurity by Joann Herley
My rating: 5 of 5 stars

Seized by Obscurity (Evergreen Series #1) by Joann Herley
5 out of 5 stars
Ms. Herely has a new fan this first story in the Evergreen Series was so good I couldn’t put it down I read this short story in an hour. The characters are amazing and well written and the story line is so different from other stories that I have read about vampires.

Lord Evergreen boarded a ship and sailed to Alltree after hearing about the beauty of such land to see the land for himself. Captured by its beauty, he returned home to tell every one of the faraway island and his plans to build Evergreen Castle. Returning to Alltree with skilled craftsmen, he proceeded to build a castle on the west side of the island that overlooked the sea. After a decade, his castle was finally complete, and he brought his family to the island.

One by one, Lord Cumberland, Lord Fallon, Lord Draglaw, and Lord Heinrich made their journey to Alltree and began building castles of their own. They were all peace loving men, and the five Lords pledged to refrain from war and live in peace.

Soon immortals heard of the island and began to sneak aboard ships to make their way to Alltree. Once they arrived, they changed everything!

Lady Lara, Lord Evergreen’s granddaughter, is now the Mistress of Evergreen Castle. She is a two hundred year old vampire that has fought the madness and won. Her army of humans and vampires stand ready to protect the castle and the surrounding villages from those that disobey her one rule: Never drink human blood.

Thomas is overcome by grief after finding his family murdered he frequently seeks the village tavern to drown his pain with ale. Late one foggy evening after stumbling from the tavern, he is confronted by a stranger that will leave him mindless and craving the taste of blood. Observed by Lady Lara to be reckless and deadly, she offers her help to save him. Little does he know that being saved by her will lead to an unexpected love, an act of treason, and a willingness to sacrifice anything?
This is an awesome read that I highly recommend and can’t wait to see what Ms. Herely has in-stored for us in the next installment of the Evergreen series.
By Tracy 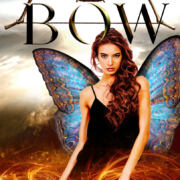 The Nearness of You by K.G. Fletcher – Review by Kaitlynn Taylor

Rescued by Valan (The Pirates of Barra: Highland Raiders) by Jennifer Siddoway – Review by Jennifer Gordon