The Dirty Rooster by Kelly Mooney
My rating: 4 of 5 stars

I am so unsure of where to start with this novel from Kelly Mooney. I had never picked anything of hers up before so she was a new author to me. I was pretty intrigued by the synopsis and bright and slightly steamy cover candy, so I decided to give this a shot. Now, I won’t say I hated it, because there were some pretty strong and good ideas played out in the book, just maybe not quite everything that I had hoped it would have been.

The first major issue for me was the main male character, Preston. What a skank. I say skank because this man is everything that makes a woman cringe on a bad date. Despite his good looks, overwhelming riches, and outgoing personality, he still manages to make me want to throw up a little in my mouth. Preston continuously made me think of a phrase my grandmother used to say… “That man has legs in every corner of the town.” I know not the classiest thing, but hey, Preston is far from it to begin with, and this is sadly true. He is a womanizer and he has a new conquest in his bed at the end of each day.

With all that said, Preston is well aware of his lack of substance and quality in his lifestyle. He knows that there is something missing, or someone, he just isn’t sure when he will find it. Boom, predictable and a bit more of the disappointing factor, he meets the sassy Summer, and she is the one he has been looking for.
Summer is a strong willed woman. I felt that she was justified in her wariness of Preston and I totally get it. However, when Preston proves every worry wrong Summer is still a stubborn pain in the bum. I kind of wanted to give her a wake-up call several times. Sometimes, people deserve a second chance, especially when they try so hard to prove that they are trying to change for the better. I get that there is turmoil but I was frustrated with her the majority of the time.

I am glad that I stuck it out to see what would happen in the end. It did come to a conclusion that I could live with and fairly much enjoyed. I will definitely be interested in seeing what else is available from Kelly Mooney in the future. Especially, if she avoids the overzealous man skank issues. Overall for the writing strength that did keep me reading till the end, the final pieces coming together to help ease the pain of the process, and the happy ending I am still impressed with a four star read.

Review by @lizaileen
View all my reviews 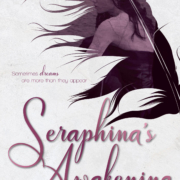 If The Shoe Fits (The Liberty Lawarence Series, #3) by Bea Stevens - Review by Krystal Gaston

Follow Us!
Charlotte: Dr. Richards’ Littles #7 by Pepper North – Review by... I Can Kill by Angela Kay – Review by Liz Vrchota
Scroll to top