Casstiel; Born of Lightning: Dragon Shifter by Sheri-Lynn Marean
My rating: 5 of 5 stars

Casstiel; Born of Lightning: Dragon Shifter (Dragonkind 52 Realms)
by Sheri-Lynn Marean
5 out of 5 stars
Castiel; Born of Lightning is the second book in the Dragonkind 52 Realms written by Sheri-Lynn Maren and it’s the first book that I have read by this author and it surely won’t be the last. The characters and amazing and the way they play off each other is great. I loved the storyline and even though this is a paranormal book I could picture my self in the story. The scenery was described perfectly and believable.
As a bonded dragon shifter, Casstiel should have joined his soul mate in the afterlife when she was murdered. He did not. Fate changed the rules and tethered him to another female a druid witch. The enemy, or is she?
Casstiel has lived in a haze of fury for ten long years as he searches for the source of the hated connection. Only when they finally cross paths, he’s faced with a horrifying truth and finds himself protective and fiercely attracted to her. Even worse, she makes him question what it is he really wants.
Ashara is half human and half fire-born she has never soared the skies or shifted into her dragon. Instead, she’s been held captive as a breeder for the Ilyium, heart breaking more each time they take a child from her. Her only solace has been a connection to another that’s always kept her sane and warm in a cold, harsh life. When Asahra’s suddenly freed and confronted with her source of comfort; a large, sexy male who scares the hell out of her and wants her to release him, she is at a loss. As her heart awakens to a love she never dreamed possible, Ashara struggles to find her place in this new life, unsure of her desires, until a shocking discovery changes everything and may not be what anyone wants.
Will Ashara cut the cord that ties her to Castiel or will she fight for him? Will Castiel recognize Ashara for what she really is to him?
I really enjoyed this book and I hope to see a few of the characters in this authors next book…..
Tracy 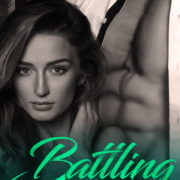 The Light at Dawn by K.L. Montgomery - Review by Heather Bahm

Joined: Book One by Mara Gan - Review by Sheri Schrader