In 1996, a young graduate, Violet Baretto leaves Goa to work in oil-rich Kuwait as a maid for a wealthy Kuwaiti woman. To her horror, she finds herself accused of theft, her colleagues assaulted, thrown from moving cars or performing ‘favors.’

Sabah Dashti, the Kuwaiti matriarch can’t tell Violet the truth; nine of Sabah’s previous maids have absconded, five of them were found pregnant or that the police think she’s running a prostitution ring. Sabah has no idea who’s responsible.

Kuwait is still patriarchal and women are second-class citizens. Despite their differences, both Sabah and Violet are hungry for success as it will give them a chance to live life on their own terms. Together they build a thriving business. But a woman-hating, killer has set eyes on them and will not let them succeed at any cost.

Poignant, chilling and honest, Painting Kuwait Violet underlines the reality of women on either side of the country’s class divide.

Pamela Q. Fernandes is a doctor, author, and medical writer. She hosts The Christian Circle Podcast and plays the piano. When she’s not writing or practicing medicine, she’s baking or traveling the world.
She started as an author with Seoul-Mates and since then has written many romances, UNDER A SCOTTISH SKY, CINDERS OF CASTLEREA & other short stories.
Her Christian non fiction series, “TEN REMINDERS” is based on her own conversations and life with fellow Christians.
Pamela writes romance, speculative fiction, women’s fiction and Christian non-fiction.
https://itsybitsybookbits.com/wp-content/uploads/2018/10/PAINTING-KUWAIT-VIOLET-001.jpg 2700 1800 itsybitsybookbits https://itsybitsybookbits.com/wp-content/uploads/2020/07/IBBB_2020_logo_sq.png itsybitsybookbits2018-10-08 00:48:422020-04-06 09:48:07Painting Kuwait Violet by Pamela Q. Fernandes 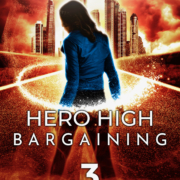 Say Something by Jennifer L. Allen – Review by Lyndsey Fairley

Bird in a Snare (The Lord Hani Mysteries Book 1) by N.L. Holmes – Review by Jennifer Gordon

The Moon in Her Eyes: A Witch’s Tale by Nikki Broadwell – Review by Angela Hayes
1 reply