Calling the Curveball by Tracey Cramer-Kelly
My rating: 4 of 5 stars

Calling the Curveball a Lawson Family Novel by Tracey Cramer-Kelly appears to he the first and I hope not the only look about this great family.

Jamie Lawson had dreams of being a baseball player, but that dream never came true. His life changed in several ways that day and he has lived in his own world until he meets Kira.

Kira Walker is two years removed from a divorce that shattered her emotional. Her Ex is a jerk, and to me made it seem like everything that went wrong was her fault. She isn’t ready to move forward until she sees the hot umpire at the baseball game.

This story is about so much more than second chances, it ended up being a lot deeper than I expected it to he but I don’t know if it would have worked any other way. I really like Jamie and Kira, but Ian and Ben both have my mind racing. I have to know what happened to them and where they end up. 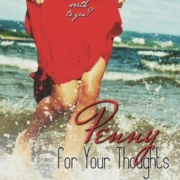