Courage by Chelsi Arnold
My rating: 4 of 5 stars

Courage is the second book in The Sisterhood Series by Chelsi Arnold. It is a military action/adventure story that’s set in the future. I highly suggest reading the first book “Brave”, as it really builds the foundations for the series, gives character introductions, and provides a lot of the backstory to this book…. so having all that information would enhance our reading experience of this book.
We met Greer in the first book- it’s 2023, times have changed and the 25 year old is among the first women to be drafted and into the military- a first in United States history, and it’s also the first time the Draft has been used since the Vietnam War. World war three has broken out, chaos abounds, Isis is striking the heart of America as well as other places all around the world, and police services are stretched beyond their limits. News broadcasts share all the grim details- which Greer and her family watch with much sadness and horror. Greer is completely outraged and ultimately decides to fight for what she believes in, for what she feels is right. But when things turn sour on a secret mission, Greer’s loyalties are put to the test and she’s forced to make the choice between her teammates lives or defying her orders. The consequences of which bring us to this instalment.
This book picks up the storyline and are still coming to terms with the events from their last mission. Losing a team member has cut them to the core. They are fueled by thoughts of avenging her death. But there is a slight glitch to their plans. Suspension. Having to stand back and watch while chaos ensues only makes them all the more determined. What happens you ask? Well, I really recommend reading the book to discover all the gripping details for yourself!
A great story about sisterhood, friendship, loyalty, bravery, honour, patriotism, and sacrifice. 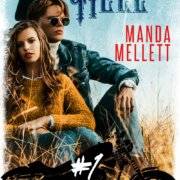 His First Lady by Avery Scott - Review by Gail Guerrero

Follow Us!
The First Backwards Christmas by Brooke Williams – Review by Heather ... Tomb For An Eagle (Orkneyinga Murders, #1) by Lexie Conyngham – Review...
Scroll to top