Seraphina’s Revolution by Sheena Hutchinson
My rating: 4 of 5 stars

This is a fitting end to the series. It’s is full of action, suspense and some crazy angel fun. At times it was a bit slow in the beginning but once we got half way it really got down to business. The story is the final battle between good and evil. Each trying to turn the other to their side. We see a lot of the same characters from the series and meet a few new ones. While I liked the newer characters it is the older ones are that kept me going. Seraphina, Nate and Jack have a love triangle that has expired for all but one of them. There is a lot of back and forth like a tug o war. But I still like and think of them back in the first book so it’s hard for me to dislike one of them now. I still root for Nate but Jack…you have that great smile and those glorious eyes.

I would highly recommend reading the series in order. There are many references made to previous book. Plus you get to see the characters grow and change as the story moves forward. This isn’t my favorite of the series. It is still a good and needed story to round everything out.

Review @lisahelmick
View all my reviews 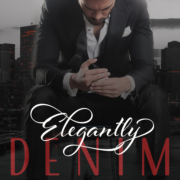 Moments That Define Us by Amy McKinley - Review by Cindy Mayberry

To Kill a Fae (The Dragon Portal Book 1) by Jamie A. Waters - Review by Madison Degraffenreid