Earl of Darby (Wicked Earls’ Club) by Aubrey Wynne
My rating: 4 of 5 stars

Earl of Darby is the fourth book in Aubrey Wynne’s Once Upon A Widow series. It’s a historical romance with a bit of tragedy and mystery thrown in. The eponymous hero, Nicholas the Earl of Darby, is haunted by his fateful marriage that ended with his wife’s death on their wedding night. He is seeking revenge, struggling to trust any women after being lied to by his mother, and is generally a bit of a mess.
Hannah is more than a match for Nicholas and, when she is in danger of meeting a similar fate to his wife, his protective instincts kick in. With Hannah’s friendship with Nicholas’ young sister, Mattie, she is more than just a love interest and her character is developed and interesting.
Although part of a series, this book can work as a standalone. The series follows different characters in each book, with the characters then appearing as side characters in each other’s books. But if you enjoy this, you’ll love the others so you might as well read them! This one’s kind of a Christmas story but you could get away with reading it at other times of the year.
For me, this is a four star book. I’d recommend it to fans of regency stories, with a warning that it does feature rape and suicide. 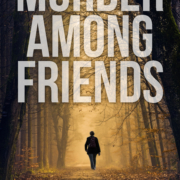 The Wicked Wolves of Windsor: and other fairytales by Byrd Nash - Review by Heather Harmon