The Wicked Wolves of Windsor: and other fairytales by Byrd Nash

Meet a horse that tells only lies, wolves who speak of curses, and a magical raven who utters riddles. From the landscapes of medieval castles, modern skyscrapers, and Regency ballrooms, this short story collection features strong female leads and women saving themselves.

A powerful debut book by Byrd Nash featuring six reimagined fairytales with an old-fashioned feel but suitable for the modern reader.

A short story collection which reads like an old-fashioned book of fairy tales, but with a modern twist.

A debut short story collection of whimsical and dark fairytales, that will keep you guessing.

After gaining her B.A. degree in journalism in the year of the oil bust and 21% unemployment, Byrd scraped what some people called a living (she called it working starvation) employed as a reporter for a bunch of newspapers you never heard of in rinky-dink small towns.

Working the cop and school beat, she enjoyed the excitement of being underpaid by the sexist owners of newspapers while having her life threatened by a vagrant.

After her life wandered about, working as a museum director, horseback riding instructor, and kid’s party planner, she decided enough was enough.

Always writing, the many stories in her head are now given permission to fly free. 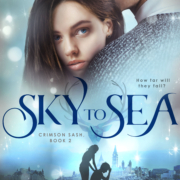 Follow Us!
The Sister Pact: Home is Where The Heart is by Jacquie Biggar