Christian Hunt and Gabriella King, have hated each other ever since they met back in collage. Over the years things have only gotten progressively worse, as they’ve let each other know exactly how much they really hate one another. The bad blood between them has put Gabby’s best friend, Amy, in an uncomfortable position as she also happens to be Christian’s sister. But when Amy has enough of her brother and best friend fighting, a temporary truce is called. When a spur of the moment gesture brings out an unexpected reaction, seeing a different side makes it harder for them to go back to the hate they’ve always known. Gabby is determined to hold out and find her way back to hate, while the unusually confident Christian is left unsure of what he should do and how to feel. As the line between lust and hate begins to blur, neither can predict where this journey will lead them, or if it’s worth being on the wrong side of the line when their crazy ride comes to its end.

Brienne Dubh comes from a performing background with over 10 years acting experience. Studying performing arts and theater at college she then went on to university where she studied creative arts. Brienne has worked as a producer working on various film projects before going on to set up her own production company.

In 2010 Brienne took a step back from producing realizing that her passion for writing was taking over. With experience of both production and post production processes, she is a trained video editor and has also written and produced several short film scripts, one of which premiered at the Corona Cork Film festival. King & Hunt: A Lust/Hate Story, is Brienne’s fifth book, and this is something she is immensely proud of, especially because she had dyslexia and some days finds it hard to get the words down at all. Originally from England, after a few years of travelling the world Brienne moved to Ireland where she currently lives on a homestead with her husband, 2 young daughters, 12 chickens, Molly the duck, and a cat named Tilly. Brienne now spends her days coming up with imaginative stories where you can escape everyday life. Whether you are looking for dark and twisted, humorous or romantic and sexy, with Brienne’s books there is something for everyone to lose themselves in. 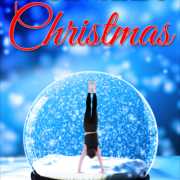 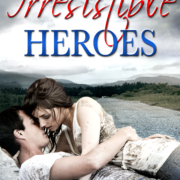 Irresistible Heroes – Heroes of Your Heart by Various Authors