Rise (The Larussio Legacy Book 2) by Via Mari Giovanni Larussio is the don of the most powerful crime family in Italy. A man who has the ability to sway great forces at work in the world, he and his cousins are known for their ruthlessness in crushing enemies. After finding himself in charge of the largest casino in Vegas, the desire to dominate Serena Moretti threatens to be the catalyst his enemies need to guarantee his downfall.

Serena Moretti’s family has suffered years of hardship and oppression at the hands of the Larussio family. They raised her to believe the Larussios were the enemy, but whenever Giovanni is near, submissive desire courses through her veins. If she continues to succumb to his dominance, will she see the danger it creates before it is too late?

Is the sheer magnitude and muscle of Giovanni’s reach enough to protect her from his enemies? Will her family forgive her perceived betrayal? Can their love endure amidst the chaos and bring the two families together? Via Mari was raised in both the United States and United Kingdom and travels extensively. As a child she spent uncountable hours traveling and always enjoyed reading to pass the time, and this pattern has continued in her adult life. In fact, you can still find her curled up in an overstuffed chair when the wood fire is crackling and popping, reading a page-turning novel until the early hours of the morning, especially during the harsh winters of the Midwestern United States, or engrossed in a book as she travels from place to place researching for her own novels or attending conferences.

Via has been partnered for a multitude of years with her soulmate and when not writing, enjoys spending time with their family, including an adorable fur-baby, gardening, or walking for exercise in town or around a big city to research her next novel. 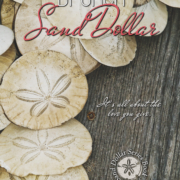 The Bad Twin by Avery Scott – Review by Heather Lovelace

Follow Us!
Who: A Stalker Series Novel by Megan Mitcham – Review by Sara Oxton

Midnight in the House of Lang by Bree M. Lewandowski
Scroll to top