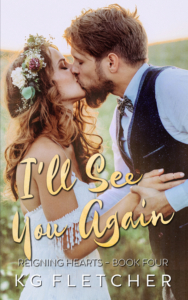 She plans happily-ever-afters. He sings about them. But will their starstruck connection last?

As a small town wedding planner, Nicky Sinclair craves true love and decadent cakes. But her world is rocked when a famous Scottish musician shows her the kind of affection she’s only dreamt about. Except just as their hearts are humming in tune, she receives terrifying news and finds herself caught in the headlines.

On the brink of superstardom, Reid Macpherson pours all his energy into his band. But after showing up at a small town bar to test out his latest song, the last thing he expected was to fall for a gorgeous local who has no idea who he is. So when he realizes he has feelings for her, he invites her to New York City for the kick-off of his first world tour.

After Nicky learns devastating news that’s hit the airwaves, emotions run high and she fears Mac will leave her and return to Scotland forever. And Mac worries with Nicky left behind, his voice will forever be silenced, the love they shared nothing but a lingering lyric in one of his hit songs.

Will the harmonious couple see each other again, or have they uttered their final goodbye?

I’ll See You Again is the fourth book in a series of standalone contemporary romance novels. If you like steamy opposites-attract stories, and heart-wrenching feels, then you’ll adore KG Fletcher’s rock star romance. 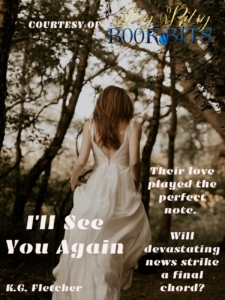 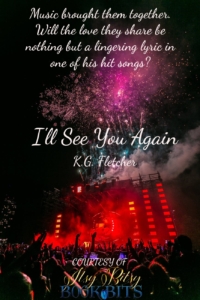 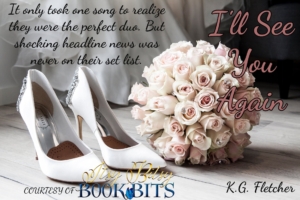 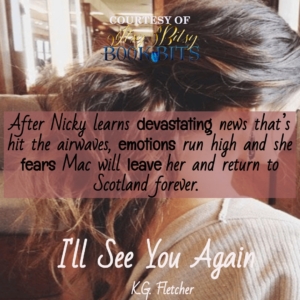 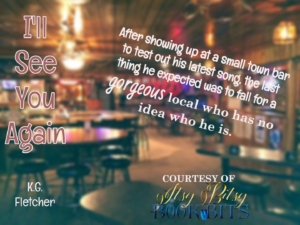 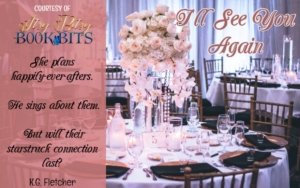 Dubbed, “The Singing Author,” KG Fletcher lives in her very own frat house in Atlanta, GA with her husband Ladd and three sons. As a singer/songwriter in Nashville, TN, she became a recipient of the “Airplay International Award” for “Best New Artist” showcasing original songs at The Bluebird Café. She earned her BFA in theater at Valdosta State University, and has traveled the world professionally as a singer/actress. She currently gets to play rock star as a backup singer in the National Tour, “Remember When Rock Was Young – the Elton John Tribute,” www.almosteltonjohn.com She is also a summer artist-in-residence at her alma mater performing roles in musicals for the Peachstate Summer Theatre program,  her favorite roles to date being Donna in Mamma Mia!, and Marmee in Little Women the Musical.

KG is a hopeless romantic continuing her work on her original cabaret act called, “The Novel Romantic – an unexpected evening of sweet & spicy love” to help promote her romance novels. As a full-time indie-artist, a particularly thrilling moment was when her Amazon best-selling romance novel, Georgia Pine became a 2019 Maggie Award of Excellence Finalist. KG loves to interact with readers on social media, and is a conference speaker sharing how music can enhance a writer’s experience.