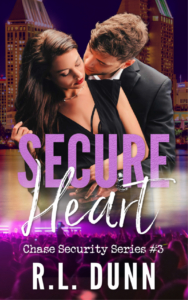 When their lives are on the line, can love save them both?

Is his heart full enough to fall in love again?

Widowed for five years, former Navy SEAL Julian “Smooth” Dupart returns to San Diego as the new head of the Chase Group’s San Diego branch. He finds himself going through the motions after “breaking up” with his bottle of bourbon. In his first few days on the job, he discovers the Chase health center has distributed substandard and counterfeit medication.

Holly Dupree Morrison, an indie performing artist, escaped an abusive childhood only to get involved with one wrong man after another. Her silver lining is her sassy four-year-old daughter, Sadie, who is facing surgery after bad medication from the Chase group health center further damaged her already compromised heart.

After a stalker nearly kills Holly, she’s forced to hire Chase Security, and Julian, remorseful that his company hurt Sadie, vows to protect them both. His heart softens to the soulful singer and her precious girl, but can he face losing Sadie from the same illness that killed his wife? And can Holly trust her heart to another man?

Not only is Holly in danger, but someone is gunning for Julian and Chase Security as well. Meanwhile, San Diego has been plagued by a serial kidnapper who tortures women and abducts their children. Can Julian and his colleagues figure out where the threats to Holly, the company, and the serial kidnapper intersect before evil has a chance to prevail? 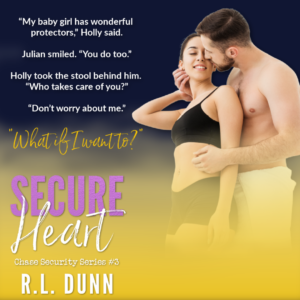 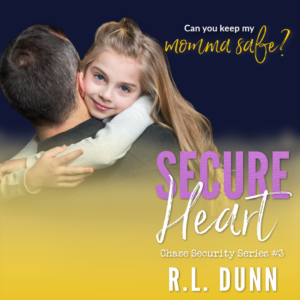 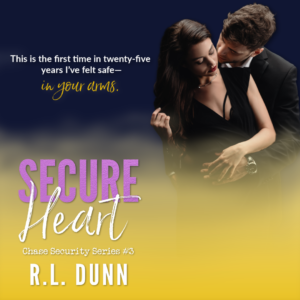 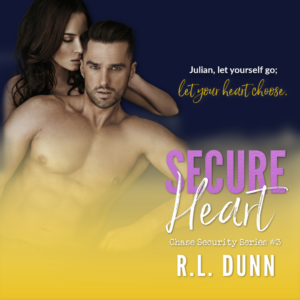 R.L. (Robin) Dunn resides with her family in the beautiful and artistic community of Sea Cliff, New York. After a twenty-five-year career in Emergency Medical Services as a provider, instructor, and regional faculty, illness changed her life path.

Having always had a love of writing, Robin returned to creating stories. She is a member of the Romance Authors of America since 2016 and the Long Island Romance Writers since 2018. Her leadership training in the first responder community has served her well in her current role as Secretary for LIRW and her future role as President.

Her first novel Blood Obsession, written in her college days, came off the shelf and was reworked at a time when she was given just a little chance of survival. The Chase Security Series books #1 and #2, Secure Desire and Secure Again followed after she assured her doctors there was no expiration date stamped on the bottom of her foot. Book #3 Secure Heart is due for an October 2020 release. Book #4 Secure Her is in draft form.

As far as the future goes, Robin hopes she can continue to live a life worth living. She continues to use her professional background, medical contacts, law enforcement contacts and military contacts to write many more romantic suspense novels in the future.