I thoroughly enjoyed this set of three books in Queen’s ‘Playing Series’, each one is a full sports romance novel set in the world of the Boston Militia football team. As the novels contain adult themes and steamy scenes they are intended for adults 18+. ‘Playing for the Money’ is a bad boy sports romance centred around NFL bad boy Hunter Quintanna and his coach’s daughter, Cat. Hunter is desperate to keep his contract with the Boston Militia as he needs the money to support his Mum and siblings but when he meets Cat, the very off limits daughter of his coach he finds it hard to keep his hands to himself. When Cat became bad boy Hunter’s handler to turn around his reputation she definitely did not expect to loose her heart to him. As much as Hunter & Cat try to keep their relationship professional their sizzling connection can not be ignored. I loved Cat and Hunter and their chemistry sizzled off the page, I was cheering them on hoping they would get their happy ever after.

Novel two, ‘Playing for Love’ has a more second chance at love feel to it and having been introduced to the world of the Boston Militia in book one I was looking forward to being back amongst the team. Superstar NFL quarterback Gabriel Wyatt loves football but unfortunately his girlfriend does not and has moved to Atlanta. Things get more complicated when his girlfriend asks him to show her best friend Mia around Boston. Mia turns out to be the girl from Gabe’s college days who he kept at arms length so that a relationship would not compromise his football career. The more time they spend together the crush that they had on each other four years ago develops into something more. Another wonderfully written sports romance by Stephanie Queen who has developed a great world surrounding the Boston Militia and one which she makes come alive. The main characters are likeable and relatable and the storyline is full of romance, angst and drama which had me hooked from beginning to end.

‘Playing for Keeps’, has a enemies to lovers storyline and introduces us to Tate and Chloe. Tate Fontanna is a footballer or as Chloe refers to him as, a ‘jock’ and Chloe Smith is a sports reporter who Tate looks at as being dangerous. Tate believes Chloe is just after a story and can not be trusted whilst Chloe thinks Tate is a player. However neither can deny their instant attraction to the other or the sizzling chemistry between them. Tate needs to avoid bad press as his contract is up for renewal but ignoring the ambitious Chloe is harder than he thinks and Chloe also starts to see Tate in a different light until a scandal erupts and Tate finds out if he can really trust Chloe or not. I loved the banter between Tate and Chloe and how they had to overcome their initial thoughts about one another to develop a relationship. Both characters are likeable and realistic and the author has a way of making the reader feel engaged with them. Tate and Chloe’s chemistry really came across in the narrative, and this led to some sexy scenes. The plot had enough going on in it to keep me happily turning the pages and I felt immersed in the world of the Boston Militia once again.

I ‘binge read’ the three novels, each one can be read as a standalone story although they are all set in the same world and the characters do crossover. Although each novel was an enjoyable read, the stories did take me on an emotional rollercoaster whilst reading them. Despite all the angst and all the emotions each story in the series is guaranteed a happy and satisfying ending. 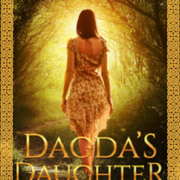