Two Hearts Surrendered by Tamara Ferguson
My rating: 4 of 5 stars

After arriving at the beach thirteen year old Luke Bryant sees someone struggling in the sea. When he realises there is no Life-Guard around he plunges into the sea to save someone from drowning. Luke has had a rotten, traumatic and violent childhood and after being left with his step father after his mother’s death it only gets worse.

Even at six years old Kelly Callahan is a fashionista. She loves fashion like no other and always wants to look good. After being rescued from a life saving incident Kelly instantly feels a spark and an undeniable connection between her and her rescuer.

Kelly’s brother Dan and Luke become friends. Dan and his family and friends helps Luke out like no one ever has. Kelly is at her sister’s wedding and gets the surprise of her life when she spots the man who stole her heart, Luke. Luke has been in Iraq serving his country, but has returned home on leave and has been asked to attend the wedding. When he sees Kelly he realises just how beautiful she has become. Luke has to return to Iraq and has not been heard of for many months but after some searching he has been found but sadly he is not safe and sound. Finally Luke is coming home but sadly he is coming home with some very serious injuries. He’s feels he isn’t worthy of anyone’s love or self respect and is finding it hard to deal with the loss of not only himself for what he has become but with his friend. He is determined to do it all himself but just can not find the energy or willpower.

Will Luke finally begin to love himself so he can love someone else? Will he finally let others help him? Will his past be too much when he finally reveals the full extent of it? Willy Kelly be able to get through to the man she loves before it is too late?

This is a sad but sweet story but worth the read. 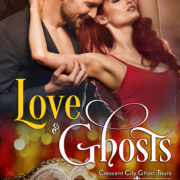 The Sister Pact: Home is Where The Heart is by Jacquie Biggar - Review by Bobbi Wagner

The Future Memoir of Ann Jones : A Time Travel Romance with a Splash of Magic by Alex Bailey - Review by Caralee Loonat