Wild by Ashley Bostock
My rating: 4 of 5 stars

Wild: A Small Town Romance is the second book in the Love in Lone Star by Ashley Bostock. I enjoyed the story but had mixed emotions about the main character, Thatcher. On one hand I wanted to smack some sense into the man for leaving a woman when she is pregnant with his child but on the other I understood that he had his issues and he thought he was doing the right thing. So aside from that Ashley writes well as evidenced by my emotions and it was nice to see Thatcher grow whilst discovering what a family could be and watching him build a relationship with his son. I stated in my review of Wet, the first book in this series, that I love stories that are written in the characters point of view, I find it adds depth and feeling to the characters and this one doesn’t disappoint.

This story is full of heartache and love, loneliness and sadness, anger and passion and most of all second chances. It is a story of letting go of the past and not being afraid of stepping into the future. It is a story about grabbing hold of what you want and not letting go. It is a fast paced story that will ensure you are engaged right until the end. 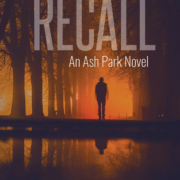 Bowled: Facing the Yorker of Love (To Love a Sportsman Book 1) by Pamela Q. Fernandes
0 replies