The Twins: The Complete Trilogy: An Iris Williams & Annette Toni Novel by R.G. Miller
My rating: 4 of 5 stars

The Twins: The Complete Trilogy, by R.G. Miller, features: (1) The Twins, (2) Stacey, and (3) I. Williams. This is a psychological thriller that will have you trying to catch your breath, the suspense was amazing throughout each of the books.

The Twins – book 1:
Prepare yourself for this twisted psychological thriller, The Twins – a debut novel by author R.G. Miller. This story encompasses the story of twin sisters, who at the age of thirteen witness unspeakable horrors leaving the girls wanting nothing but revenge. In turn of that fate these girls lived, they’ve turned into the type of monsters that destroyed their lives.

This book is completely outside of the types of books I would normally read, but I was interested after reading the synopsis to see what more this story held. R.G. Miller is very graphic is the horrid events that unfold at the hands of the twins. The author has included a full cast of characters in the start of this series to include the detectives working the cases created by the twins, as well as, additional supporting cast of individuals that are interlinked in ways we would not have anticipated when we begin the story.

For a debut novel, R.G. Miller did a good job of setting the stage, building the characters and adding depth to the story. As we come upon the end of the story, the author has clearly set the stage for the next set leaving us to wonder what could possibly come now after what we just experienced.

Stacey – book 2:
Stacey: The Twin is the second book of psychological thriller The Twins, written by author R.G. Miller. This story picks up a few weeks after the end of the previous book.

“If you have to kill one, kill the other also.” That’s what psychologist Dr. Susan Patterson told Detective Isis Williams. Now, at the start of this story, we’re left with one twin, Stacey, after Isis was forced to shoot and kill Jannifer. Stacey is sent to a facility for the criminally insane. Enter a sadistic rapist/murderer in Harlem, targeting middle age women. Isis & Toni continue on their hunt to capture this latest murder whilst Stacey escapes. The words Dr. Patterson previously told Isis may now come back to haunt her.

R.G. Miller continues with her graphic and detailed story telling at the hands of the newest sadist. We lost several characters from the previous book, but as we’re aware, new ones have now been added to the game. This is a seriously intense read that challenges any horror house scare that could be imagined. The author has a wicked imagination that they are sharing with the reader as we delve deeper into Stacey mentality, as well as, following along with the work being done by Detectives Isis and Toni – to include the further development of their relationship. This author isn’t afraid to add twists into the storyline to keep you on the edge of your seat not knowing what to anticipate next.

I. Williams – book 3:
I. Williams is the third and final psychological thriller book in the Twins Trilogy. This trilogy is comprised of the author’s debut novel The Twins. This series is elaborate, it’s descriptive and it’s insanely intense. The following phrase echos as the books are read: “If you have to kill one, kill the other also.” Those are the words that haunt Detective Williams to her everlasting regret. The author’s writing continues to grow with each book, continuing to share that dark and passionate writing that was first read in The Twins.

Per the author’s synopsis for this book it has been 3 months since Detective Williams has been back to work and she’s on extended medical leave – struggling with depression due to the case involving serial killer Stacey McHill. Babies are being taken during the day and replaced with realistic looking dolls and Isis’ great-niece is one of the victims making the case extremely personal. Stacey offers the baby’s life in exchange for the lives of Detective Williams and Detective Toni, Isis’ partner and lover.

This final book of the trilogy provided us with the final chapters for the twins and the horrors that evoked. Everything you think you should expect is not what you will be given in the end for this – the author will have you hooked and emotionally charged after finishing with dark & intense read. Heart stopping, breath taking sequences that chilled me to the bone. Honestly, this series is not what I would typically read, but I am seriously in awe after finishing these well written books. 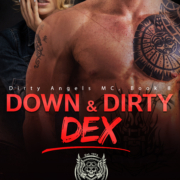 Must Remember: Dead or alive, they want her back. (Solum Series Book 1) by Colleen Myers – Review by Jenni Bishop