Caught in the Spin by Sharleen Scott
My rating: 5 of 5 stars

Caught in the Spin was a thrilling 5 star read and book two in the Caught Series.
I loved book one and was excited to get my hands on this one.

Tallie meets Tom when she goes to deliver some paperwork to Clay. She recognizes him as one of her favorite bull riders, which affected Tom in a negative way and brought back memories of not being able to bull ride anymore.

Tom suffered severe injuries that cost him his riding career. He also has suffered a heart break that he’s trying to get past, and when he gets some shocking news his world is turned upside down. When he turns to Tallie for help they end up growing closer.

When Tallie gets some disturbing news herself she’s ready to run. She confides in Tom who offers to help her. Can he keep Tallie and her son Cody safe?

This story had so many emotional levels, both Tom and Tallie had their own issues that brought them together. Having each other really helped them work through things. I loved both Cody and Mike as well these two boys connected on such a level that really tugged at my heartstrings. All of the secondary characters were great and I really liked seeing Clay and Harlie again. The ending is great and I hope to see more from these two. If you’re looking for a great read than I highly suggest reading this series. You can read this book as a stand alone but I suggest starting with book one. 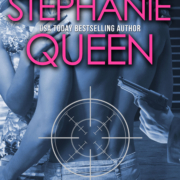 My Life Series: Prequel to The Brothers of Camelot by Necie Navone – Review by Liz Vrchota