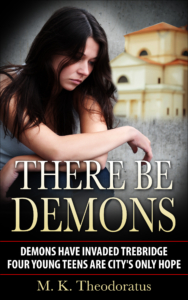 Britt Kelly’s life has blown up in her face. After her parents’ divorce, her family moves from the suburbs of Trebridge into her half-sister’s apartment in the projects. Britt must adjust to poverty, a new high school, and a step-mother who hates her and her younger brothers. But these aren’t Britt’s worst problems. She discovers she’s been drafted to help the Gargoyle Guardians of her city to fight the demons invading her city.

In the mage-fought Demon Wars, the minions of Prince Vetis have built a secret base in Trebridge behind the Kingscourt’s battle lines. Like most humans, Britt didn’t know demons existed before she was drafted to fight them with three new friends. Now she must fight against the evil that threatens her city.

As the demon forces grow, the Gargoyle Guardians of the city must teach the four teens to use enough “Grace” as a weapon to survive. Britt’s new problem: learning to control her magical powers…in spite of Gillen, the gargoyle leader, pissing her off with his fussy rules and demands. 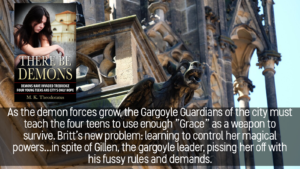 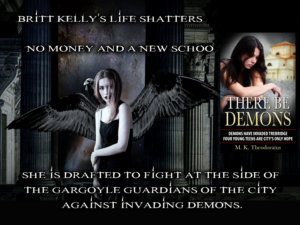 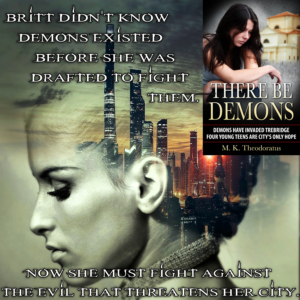 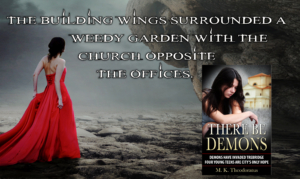 A Northern California gal, M. K. Theodoratus has been intrigued by fantasy since she discovered comic books and the land of Oz. Some of my early favorites were A. Merritt, Andre Norton, and Fritz Lieber. She has traveled through many fantasy worlds since then.

When she’s not disappearing into other writer’s worlds, she’s creating her own alternative worlds — that of Andor where demons prey and that of the Far Isle Half-Elven where she explores the social and political implications of genetic drift on a hybrid elf/human people. Magic and mayhem are her favorite topics.

Follow Us!
The Monster’s Lover (The Fenris Series Book 1) by Samantha MacLeod –...