Turning the Tide by Phoebe Alexander
My rating: 5 of 5 stars

Turning the Tides was a great 5 star read and book five in the Eastern Shore Swingers series.
Phoebe Alexander has once again pulled me right in with her writing, I was an emotional mess by the time I was done.

Luke is in a marriage that has no emotional or physical connection other than the abuse from his wife Barbara (who I despised very much). When his friend invites him to The Factory, a swingers club he meets Connie. There is something about her that draws him in, it’s been a long time that he has felt anything like what she brings out in him.

Connie has moved to Ocean City to be near her sister. When she meets Luke at the club there is something about him that gets her attention. Fate brings them together again when Luke meets the new nurse at his practice. Where will they go from here? Can Connie help Luke forget all his problems?

Overall I really enjoyed this book, Connie and Luke were great for each other. We get all sorts of great scenes with these two. The secondary characters were great, some I liked some I hated. This can be read as a stand alone, however I suggest reading all the books so you can connect with all the characters. I highly recommend this series. I look forward to reading more from Phoebe Alexander. 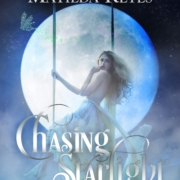