After Hurricane Nina, Rand’s Resolution by Tamara Ferguson
My rating: 4 of 5 stars

This is part of the Hot Hunks Steamy Romance Collection. Each book can be read as a stand-alone. This is the love story between Rand and Ciara. The story takes place in Bali where two old friends cross paths again. They met 15 years prior, each going their separate ways to make a career in the military. Meeting again in Bali, the spark that started when they were young, ignited into an inferno. There is a side story with Rand trying to catch some terrorists which added some suspense to the story and the hurricane which added some danger.

Though it is a short novel, it is well written and interesting. It grabbed my attention fairly quickly and kept it throughout the end with the suspense. It is an intriguing yet sweet romance.

Review by @Anna Hirsch
View all my reviews 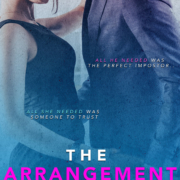 Who We Might've Been (Billie Dixon, #3) by D.L. Pitchford – Review by Cynthia Ayala