The road trip from hell will change both their lives forever…

She needed an escape…
Fearing punishment from her maker, vampire, and former actress, Vivian Page flees the sanctuary of Greenlawn Hall. But the world outside is dangerous, and luck has abandoned her as she’s put through one trial after another. She would have welcomed a rescue if it hadn’t come in the form of the one man who hated her.

He was looking for a way out…
Cursed with immortality, wolf shifter Jules Kincaid has been slowly going insane for years as his inner beast balked against their unnatural state. The last thing he needed was to be charged with fetching the petulant and spoiled vampire he hated home. Surely the universe was testing him, but if it brought him closer to his goal of finding the would-be angel that cursed him, he’d do it.
After decades of avoiding each other, forced proximity is the last thing either of them wanted, but as enemies become lovers, it may just prove the one thing they both needed.

Kimberly Forrest is an independently published paranormal romance author and a stay at home mom.  While she’s currently living in Virginia, she was born and raised in Vermont where her Malsum Pass Series is set.  She’s been an avid reader and fan of romance since she picked up her first romance novel at the age of thirteen. 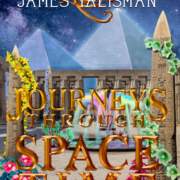 The Inheritance: The Story of an Unlikely Submissive by India Kells – Review by Heather Edwards

A Perfect Fit by Zoe Lee – Review by Maura Harper

Follow Us!
The Arrangement Duet Box Set by Madison Quinn