Madeline Ridley had all she’d ever dreamed of: a handsome, successful husband, a place at the top of Santa Barbara society, every luxury money could buy. In all respects, her world was perfect…until she awoke in the early morning hours in a strange hotel room, alone, unclothed, with a splitting headache and no clue how she had gotten there.

When Steven Ridley comes home in the middle of a weekday and throws a sheaf of damning photos at her, Madeline’s comfortable world collapses in a swirl of blackmail, sabotage and deceit. Hoping to convince Steven of her innocence, Madeline drives to his office and unwittingly stumbles onto a scene that makes her realize who the real enemy is.

From that point on, Madeline Ridley deconstructs herself, reverting back to Madeline Dawkins in order to salvage what’s left of her life. In the process, she discovers where her true strengths lay, and with those, she steels herself for the battle of a lifetime.

I remembered a quote by Hemingway, “Write about what you know.” With this mandate, I chose a topic I knew well, the time spent living with my husband in the French Quarter of New Orleans. I typed out my first two paragraphs on my forty-third birthday. I finished that book on my next birthday, and started my second the same day.

Finding Ruth was inspired by a previously unseen photograph of my mother when she was nineteen. I found it as I was going through her things prior to her move into a skilled nursing hospital. That gorgeous photograph of her looking so happy and full of promise made me realize how little I knew about her life before I came along. Because Alzheimer’s has taken away all her memories, I painstakingly reconstructed her life from public records, thousands of photographs, and what my brother, sister and I could remember. The message in the tribute to my mom is Ask while you have the chance.

As of this writing, I have just completed the fourth book in the Madeline Dawkins mystery series. I’m still in love with writing and I still squeal with joy to think that I’ve written eleven books and self-published nine of them. If there is a message in this, it’s Never discount what you are capable of achieving. 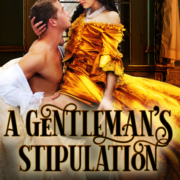 Who: A Stalker Series Novel by Megan Mitcham – Review by Sara Oxton