Finding Ruth by Cynthia Hamilton
My rating: 5 of 5 stars

Finding Ruth: A Daughter’s Quest to Discover her Mother’s Past is the only thing I have read by Cynthia Hamilton. It’s not the type of book I normally read, but it sounded really interesting. It must have been hard for her to write such a lengthy and honest telling of her mother’s life. It wasn’t an easy one, full of glamour, but I bet what she learned explained a lot about her childhood. At times this was hard for me to read, knowing it was a true story, not a sad fictional story of hardship. I did continue to wonder throughout, why Ruth continued to marry, when one marriage after another fell apart. But it was a different time. I cannot speak to how it would have been to be a single mother in those times. I wish more time was spent on the later years, since the description’s mention of Alzheimer’s is what drew me in. It wasn’t brought up until the very end, but I still really enjoyed the story. I never got bored, and kept wanting to know what happened next and if Ruth would ever get her happily ever after. I recommend this book to anyone who enjoys biographies about non-famous people. It was a captivating story and I give props to the writer for sharing such a hard story. 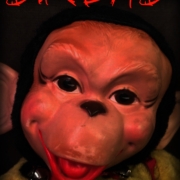 Better Together (Cedarville #4) by Bree Kraemer - Review by Angela Shirley