The Traitor, An Underground Bad Boys Series by India Kells
My rating: 5 of 5 stars

The Traitor (An Underground Bad Boys Romance Book 2) by India Kells needs to be added to your reading list as soon as possible. The book is not too lengthy and I devoured this book in a single day, and it kept my interest from start to finish. This is the second book in the series and while I always read series in order, this book can be read as a stand-alone in my opinion. India Kells is an amazing writer, who has a way of drawing in her readers. She portrays all characters flawlessly while delivering stories that are nothing short of remarkable.
Josie Baird has made some decisions in her life. She made a mistake of marrying a man who turned out to be abusive and has come to blackmail her to get his debt paid off. Josie wants nothing less that her freedom from the marriage so she is working herself almost to death, doing whatever she can to get to her goal. Spencer Knox has recently moved into her quiet small town, and took over ownership of a mechanic shop. Knox has many demons living inside of him from his upbringing and a choice that he had to make, which ultimately led to him being a traitor. He has an attraction to Josie but promises himself to keep it at bay, thinking that his demons are too much for her.
However, on a whim an old friend from his past shows up at his shop. Knox knows that he can no longer stay to the side and let Josie work and wear herself down like she has been doing for months. He becomes protective and insistent on helping her, however he can manage. The three of them become somewhat of a couple because Knox still pushes his true feelings for Josie to the side.
Is it truly easy to share someone that you want for yourself, even if you think you don’t deserve it? 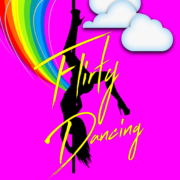 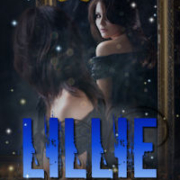 Follow Us!
The River Fairy’s Wish: A Lyrical Fairy Tale by Cyrena Shows – Review... OF WAR AND TATERS by Ashley Chappell – Review by Sara Oxton
Scroll to top