Captured by his old enemy, King Draken of Langor, Shinree magic user Ian Troy was sentenced to prison. Tortured and drugged, robbed of his will, his memories, and his magic, Ian was made to do unspeakable things. Rescued, as his body slowly rids itself of the drug, Ian realizes he has returned to an unfamiliar world gripped with fear. In the wake of his fall, those he cared for were left to their own grim fates. Draken has seized control of the realms and named himself High King. His brutal rein has sparked a desperate rebellion that Ian now finds himself a part of. His one task: recover and repair the Crown of Stones, in hopes it will tip the balance in the revolution that is brewing. In pursuit of the reason behind the artifact’s strange loss of magic, Ian is driven to release an explosion of retribution and power that leaves him irrevocably scarred.
Struggling to reconcile the man he has become, with the man he once was, Ian strives to understand the growing number of magic-scars adorning his body. He searches for the truth behind his link to the Crown of Stones and uncovers shocking secrets buried for generations beneath the sand. To become the weapon the resistance needs, he must assume responsibility for his magical inheritance. But can he curb the destructive appetite that comes with it?
Magic-Scars is the second installment in The Crown of Stones Trilogy.

C.L. Schneider is a multi-award-winning author of adult epic and urban fantasy, including The Crown of Stones Trilogy and the Nite Fire Series. Born in a small Kansas town, she currently resides in New York’s scenic Hudson Valley Region with her husband and two sons.

Learn more about C.L. Schneider, and the worlds she creates, at clschneiderauthor.com where you can read reviews, excerpts and sneak peeks, subscribe to her newsletter, and join her Street Team. Connect with her on social media, where she is often found chatting about the daily ups and downs of a writer’s life. 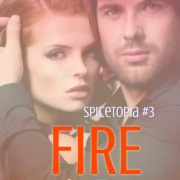 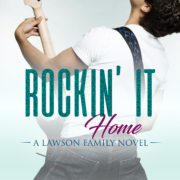 Rockin' It Home: a Lawson Family Novel by Tracey Cramer-Kelly

Children Of The Future By Jane Suen - Review By Stacey Baxter