Rule (The Larussio Legacy Book 1) by Via Mari

Katarina Larussio Prestian, left to fulfill her father’s dream after a mafia hit leaves him incapacitated, must first overcome her Italian family’s opposition. It will not be easy. They do not trust her, they have traditions, and they have rules!

Chase Prestian, one of the wealthiest men in the world, has vowed to protect his wife and submissive, but can he allow Katarina the freedom she needs to fight for her father’s legacy after everything he has learned about the Italian don and Katarina’s cousin, Giovanni?

Serena Moretti has lived her life in fear of the Larussios, but when she finds herself in Giovanni Larussio’s employ, the racing of her blood is all consuming, hot and molten. Will she be strong enough to resist the desire coursing through her veins or succumb to the man that has cost her and her family absolutely everything?

Giovanni Larussio, next in line as the Italian don, finds himself caught between mafia family interests and conflicts, personal obligations, and the longing that surges through him every time Serena is near. Will he be able to balance the complexity of his responsibilities and deal with his own personal convictions and desires when he learns the family’s darkest secrets and must take charge to bring order to the family. 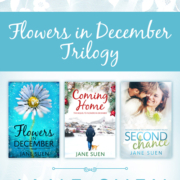 Love Me, Dreamy (Love Me Series) by Laura Burton - Review by Angela Hayes