After Taylor Thompson receives an acceptance letter to a university an hour away, she can taste freedom. Her life is controlled by a small town and a strict father. When Taylor finds a local bar that’s hiring a waitress she applies and gets the position. However, one bartender leaves her questioning the acceptance of her new job.Hayze Clark, the bartender that keeps customers coming back. His dark eyes pierce through your soul, drawing you near. The tattoos bellowing down his arms and the scar lining his left eyebrow keep you at a safe distance; his carefree attitude lures Taylor in. At first she’s excited for the new, perfect distractions to pull herself from misery.The closer she gets, the more secrets are revealed, lies are told, and tears are shed. Their relationship falters and Taylor is left unsure if she’s willing to pick up the pieces of this broken guy.

After spending winter break away from Hayze, Taylor is certain she’s over him. The first day of spring semester starts and suddenly he’s everywhere. But he’s different, his temper is leveled, and he doesn’t spend his nights in bars.

With Hayze, not everything is so black and white. He still has secrets, and it doesn’t help that his friend mysteriously disappeared. With accusations pointing at him, odd things start happening, and Taylor is offered the chance of a lifetime.

Over the last year, she’s fought for him. She thought he could change, but the more time they spend together, she sees he still has the same tendencies. Whether it be with Hayze, or on her own, Taylor decides it’s time to put the past completely behind her and move forward.

He was addicted to her, and he wasn’t sure how dangerous that might be.

She could wreck him, but he had the power to take something so pure and twist it into darkness.

Hayze Clark has accepted the universe loathed him long ago. He was accustomed to covering his past and constantly anxious mind, with girls, drugs, and alcohol.

When Taylor Thompson comes stumbling into a bar, his core is shaken. For the first time in his life, he begins to question if what he is doing is right. He begins to develop feelings for her, and It appears she’s into him as well.

The problem is, she can’t know anything about his past. Instead of showing her how he really cares, he begins to lash out. Afraid someone will tell her the truth, he’s constantly on edge. With his odd behavior, and constant need to keep her at arm’s length, she begins to connect the dots, just as the unthinkable happens. When the truth comes to life, Taylor is left unsure that she, nor anyone else, can help him.

Hi! I’m Brittany! I’m from East Texas where I live with my husband, son, and two dogs. I have a degree in Criminal Justice, and I used to work as a legal assistant for a criminal defense firm. These days I’m a writer and co-owner of Magnolia and Pine. I have a love-hate relationship with both CrossFit and wine. I have my days and nights mixed up, and I spend most of my time doing everything I can to avoid being productive.

I’ve always had a crazy imagination and I love writing. So, I started writing Forever Careless at the age of 21 to see if I had it in me. It was too much fluff for me, however my friends loved it. So, I wrote another; this time I pushed to boundaries of fluff.

One day, while in a very bad mood, I thought of a story without a happy ending. One with real problems and real people. A story that was very close to my heart. It nagged me constantly. Months later, I sat down and started Hazed. At first, he was going to be apart of the Forever Series. Just come in and wreck their lives. Instead, I went another route. Only weeks later, Hazed was finished. I was obsessed with it.

It took me over a year to finish my first novel and weeks to finish this one. I knew what that meant. I liked to write about bad people who do bad things. I like to get inside their minds and feel their crazy. So, if you’re looking for hearts and flowers, you won’t find them here. My stories are real and they aren’t pretty. 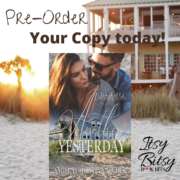 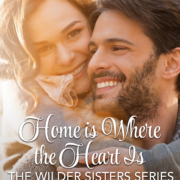 Enemies of Doves by Shanessa Gluhm – Review by Finn Cunningham