Somebody in the Neighborhood by Judy Moore

Dawn Andersen and her parents are horrified when her carefree Aunt Amy is found stabbed to death on the beach, the second woman to be murdered in the small oceanside town of Manatee Beach. The police have arrested a homeless man for the murders, but is he the real killer? Dawn, 25, makes the biggest decision of her life when she decides to leave her routine existence in Ohio to move into her aunt’s cottage a block from the ocean in South Florida.

From the first night that Dawn arrives in Florida, the feeling of uneasiness never leaves her. There’s the strange man next door who always seems to be watching her. Married neighbors who were infatuated with her beautiful aunt. The nosy, too friendly mailman. A hooded figure who’s been lurking outside her house at night.

As Dawn learns more about her aunt’s life in Florida, she becomes convinced that the murderer is closer than she ever imagined, that her aunt’s killer is actually somebody in the neighborhood.

Judy Moore writes mystery novels and thrillers, as well as lighter family fiction. She is a longtime news writer, editor, and magazine feature writer, and has a master’s degree in journalism. Her fiction and nonfiction work has been published in numerous national publications, and most of her novels are published by BTGN publishers. She is a former tennis professional and sports writer, so her stories sometimes have a sports backdrop. Her most recent work “Somebody in the Neighborhood” is her fourth mystery novel. “Murder at the Country Club” is about a death on the golf course, and “Murder in Vail” is set on the ski slopes of Colorado. Her thriller “The Mother-in-Law,” set near St. Augustine, Florida, is a favorite with readers. Her Christmas anthology “Christmas Interrupted,” contains three novellas: “Airport Christmas,” “The Holiday House Sitter,” and “The Hitchhiker on Christmas Eve.” An earlier novella, “Birds of Prey,” and a new novelette “Football Blues” are also available on Amazon. 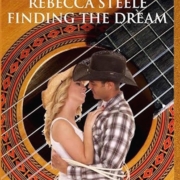 Follow Us!
Singles and Other Singularities (The woman Scientist Trilogy 2- The Italian...

Jax Marlin – To Catch A Marlin by T.K. Toppin
Scroll to top