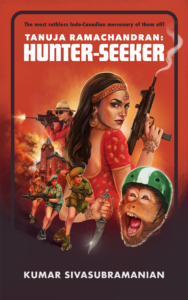 When Tanuja Ramachandran’s husband and children were murdered, she was transformed into an instrument of retribution against the criminal underworld. Now, years later, she is a devastating weapon, honed and armed to the teeth, and kept in check only by a fraying leash in the hands of the Embassy of India in Montreal.

But when her pursuit of an international terrorist unearths connections to a now-dead mutant monkey creature that nearly killed her a decade earlier, Tanuja is consumed by a lust for revenge that threatens to push her over the edge. With her brother in tow, on her mission to find the freak’s creator, she discovers a seemingly superhuman roller derby team harboring a dark, violent past — and a sinister agenda that could topple the government of Canada at the highest levels. But will Tanuja’s single-minded hunger for payback drive her to sacrifice her sanity and her own brother while the fate of the country hangs in the balance?

And can she stay awake long enough to achieve it?! 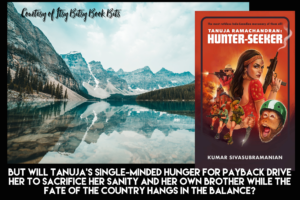 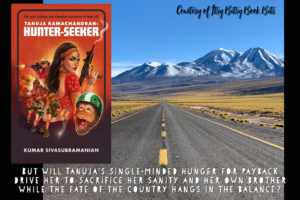 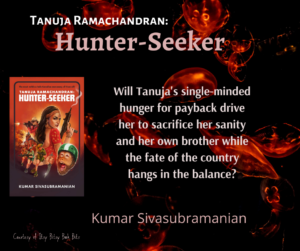 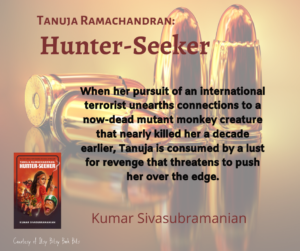 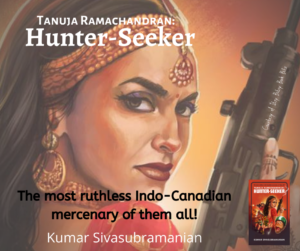 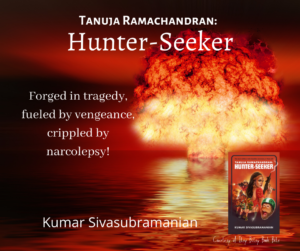 Kumar Sivasubramanian is a manga translator, writer of the comic book Weird Crime Theater, and author of Tanuja Ramachandran: Hunter-Seeker. He lives in Melbourne, Australia with his wife and son, and plays thrash metal on his guitar by himself every afternoon.