Fiona is a woman who has put her personal life on hold a little after so many disastrous meetings with the opposite sex. Because she’s a woman who hardly has to worry about making ends meet, it makes it harder to meet someone genuine and interested in her as a person rather than the dollar signs that follow her. It’s hard being someone in so many spotlights and be unattached. She needs a buffer for those events, someone she can lean on to get her through some of it. In reality, she needs a compatible relationship. Even if it’s a forced and fake one.

Chris works hard for what he has and isn’t afraid of the challenges that arise in his personal life. He knows that in order to get where he wants in life, he has to work hard and play less. For him, working as a bartender helps to build his dream of rehabbing his home and making it special for years to come. In a bold move, Fiona offers him an opportunity of a lifetime that will help him get closer to that goal. Be her fake fiance and help ward off the lecherous advances of others as well as keep her company.

But it’s not long before their fake relationship starts to turn into a real one and their love affair becomes a complicated one that leaves them both questioning what they’re doing. For the first time in her life, Fiona is shown what it’s like to have a real love and be on the receiving end to sincere affection. For Chris, he’s pulled back the curtain and seen beyond the persona that Fiona has built around her. For the first time in his life, he allows himself to feel a little more and give in to the pull of their emotional journey.

I love a good fake to real fiance/partner story!!! I loved this one as there were so many raw and real feelings. Oh man, the feels! Fiona may have started off for me as a meh type character but she quickly evolved into one that I loved reading about while she got her happily ever after. This was an awesome, emotional, entertaining, and steamy read. 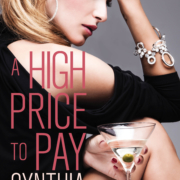 The Dating Itinerary by Brooke Williams – Review by Lisa Helmick