Before the Second Show by Thia Finn 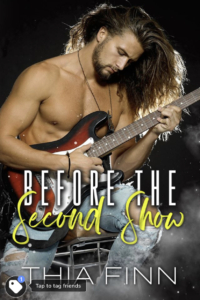 My heart beats to the rhythm of each stroke he makes.

Fall in love with a rocker, bad plan.

Fall in love at sixteen, even worse.

Doesn’t matter, he’s on his way to his next gig.

Life is complicated but has a way of coming together in strange places.

That’s what I keep telling myself. Now, I’m facing a man who wants me, but someone else stands in the way.

I’ve got problems, but women aren’t one of them.

I’m sick in the worst possible way. Then she steps into my life, again. If only I could remember her.

Life is complicated and has a way of throwing in obstacles on the road to success.

That’s what I keep telling myself. Now, I’m facing a life-altering battle and need someone to stand by me.

Someone I want. Someone who knows me. How the hell do I convince her?

And now is the time to fight for what’s mine! 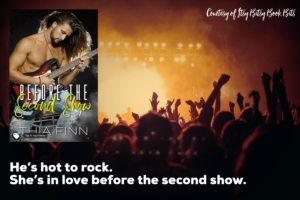 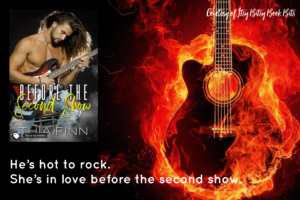 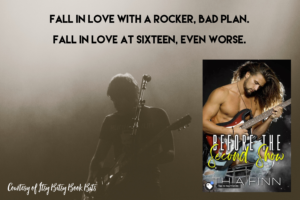 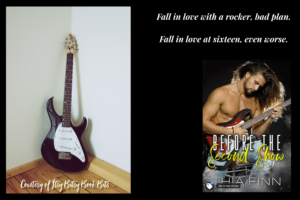 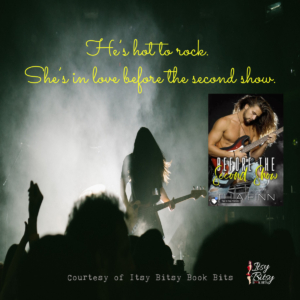 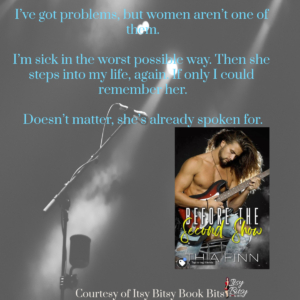 Growing up in a small town in Texas, Thia Finn discovered life outside of it by attending The University of Texas, only to return home and marry her high-school sweetheart. They raised two successful and beautiful daughters while she taught middle school Language Arts and eventually became a middle school librarian. After thirty-four years, she retired to do her favorite things like travel, spend time off-roading with family and friends, hanging out at the Frio River, reading, and writing.

She currently lives in the same small town where she grew up with her husband and the boss, Josie, the Chihuahua. She can often be found stalking on social media, watching Outlanders, The White Princess, or Game of Thrones, to name a few.