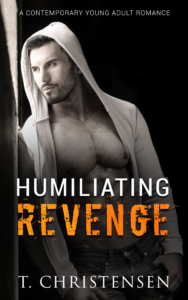 Olivia Crawford was ‘famous’ for being the rich, snooty, spoiled town princess. Ever since she could remember girls whispered and pointed at her. Boys gawked at her, but didn’t dare approach her.

Now she was in college, in the same town, with the same people who never forgave her for callously dumping the boy who had become the town celebrity.

Calum Breen was the adored, easy-going, captivating high school athlete. He didn’t know who Olivia was at first and then he didn’t give a damn. He pursued her until he had her, and then Olivia made it crystal clear her uppity reputation was more than deserved. His humiliation and anger, at her hands, drove him to the MMA. Now he was back to prove who was better than who.

He was no longer the gullible, love struck boy; he was a hardened man who had learned to defend himself. And he was going to enjoy teaching Olivia how sweet payback is. 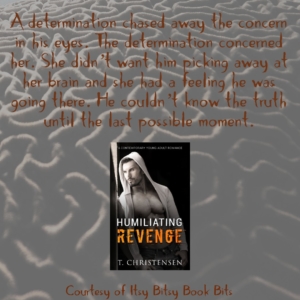 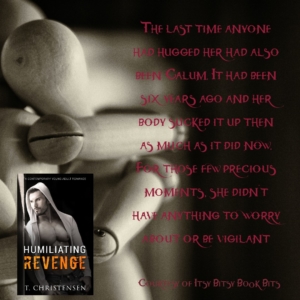 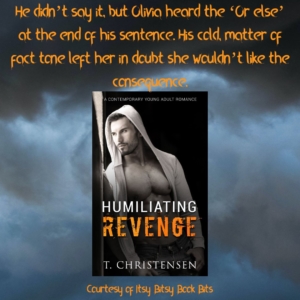 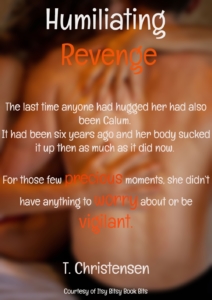 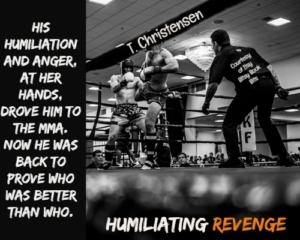 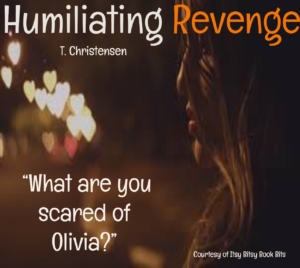 Christensen has been addicted to reading ever since she read her first romance book in middle school. When different characters and scenes started invading her brain she would write them down and put it away. Gradually she took the steps to give them a beginning, middle, and a happily ever after. It has been a long time dream to have her stories published.has been a lifelong resident of South Dakota. Occasionally she ventures out, but being at home, with her family, is always the best place to be. Reading a romance novel is still the best reward at the end of the day.

Follow Us!
Be Brave with Me (Finding Love in Green Springs Book 1) by CA Miconi

How (Stalker Series Book 3) by Megan Mitcham
Scroll to top