That Incredible Kiss (Kissed By Fate 3) By Tamara Ferguson 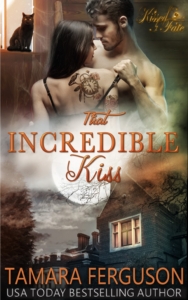 Growing up together in Crystal Rock, Wisconsin, Ashley Mitchum & Brian O’Neill have been at odds for years. Conniving and sometimes cruel when she doesn’t get her way, Ashley is someone Brian doesn’t want to feel attracted to.

Ashley’s the first one to admit she’s been spoiled rotten by her family. Brian has interfered with every relationship she’s ever had, but yet she’s never had the courage to tell him off.

It’s the summer after high school graduation, and one more week before Ashley will be moving to California for college, while Brian will be entering the army. The dynamic of their relationship suddenly changes when they share a haunting kiss.

Ashley finally realizes she’s been avoiding admitting her feelings for Brian because she’d have to make a serious commitment. But Brian is determined to make her understand they belong together, despite splitting up and focusing on careers.

But tragedy strikes when a Ponzi scheme is exposed, the accused being none other than Ashley’s father, who’s supposedly run away with Brian’s mother. The situation becomes more complicated when Ashley’s best friend’s father commits suicide after supposedly losing every penny in the scheme. 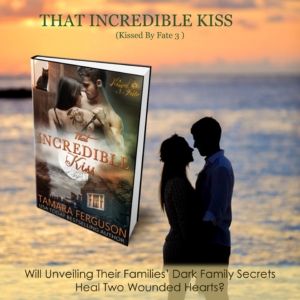 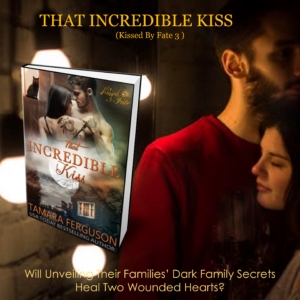 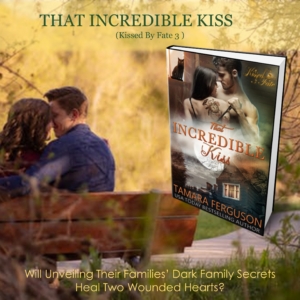 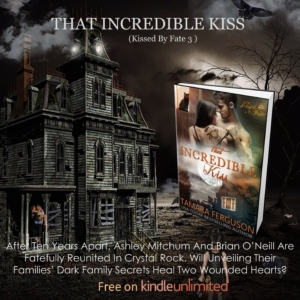 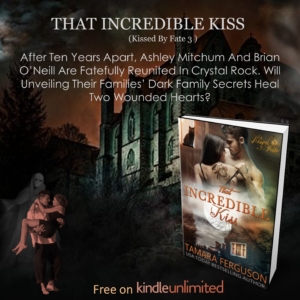 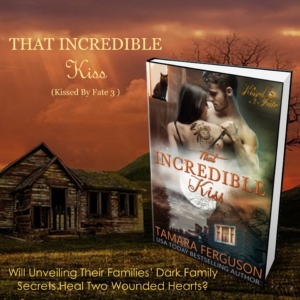 Writing steamy yet sweet compassionate stories of fate that are wonderfully romantic, Tamara Ferguson is the multi-award winning, #1 international and USA TODAY BESTSELLING AUTHOR of the Tales of the Dragonfly Romance Suspense Series, the Kissed By Fate Series, the Two Hearts Wounded Warrior Romance Series, the Daydreams & Dragonflies Sweet Romance Series, and the Tales From Dragonfly Pointe Short Story Series.

Since 2015, she’s earned more than 30 awards in the multiple genres of mystery, romantic suspense, short story fiction, novellas, women’s fiction, new adult romance, intrigue and military fiction for her series titles, including the Bronze, Silver and Gold Medals from Readers’ Favorite and 12 awards from the Independent Authors’ Network, including the 2019 OUTSTANDING FICTION NOVELLA WINNER For Two Hearts Under Fire.

A member of the RWA (PAN), the Authors’ Billboard and the Independent Authors’ Book Network, her stories have been included in several #1 bestselling anthologies.

Since she remains a full-time caregiver for an autistic son (along with a bunch of adopted pets!), you can usually find Tammy working at home, where she spends a lot of time not completing her numerous home improvement projects, because she’s writing or helping author friends promote their books on twitter. 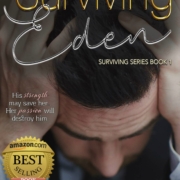 The Wicked Wolves of Windsor: and other fairytales by Byrd Nash – Review by Erin Wolf

The Matchmaker and The Marine: A Second Chance Small-Town Romance by Lucinda Race – Review by Kayla Interdonato

Bound (The Torzial Affair) by Via Mari – Review Cindy Mayberry

Luke: The McKades of Texas Book 3 by Kimberly Lewis – Review by Krystal Gregory