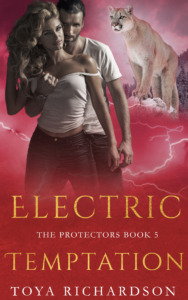 Delilah has been running her entire life. Running from the Trackers who hunt her for her powers. Running from the man who loves her but won’t tell her of his past. And now she’s running again. The Trackers are hot on her heels and she’s heading for the only person who can save her from herself and the organisation who want her Elemental gift.
Even after Delilah walked out on him several years ago, she still haunts every dream, and each waking moment Mason has. When word reaches him that her life is in danger, he did the only thing he could. Put all his fears aside and rushed to her aid.
Time is getting short for Delilah and her capture is imminent. Can Mason reach her before this happens? And if he does, will he have the courage to open up and tell her what haunts his past? Or will he push her away like he did the last time?
The danger is heating up for The Protector’s communities and war is headed their way, threatening to destroy everything they love and stand for. 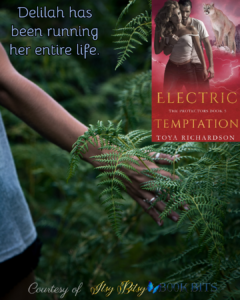 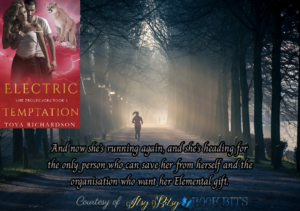 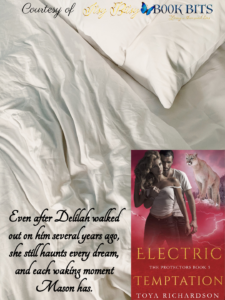 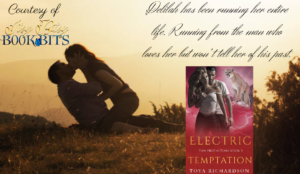 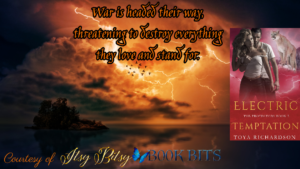 Here’s a bit about Toya and what she’s up to in her crazy author world right now. She writes mainly paranormal and contemporary romances. She’s married with one grown up son who works on cruise ships and has a cat called Masai. She lives near Ipswich in Suffolk, originally from Essex.

At present, she is writing two series. A Paranormal Romance Series, which she is self-publishing. Book three, Sweet Salvation, The Protectors Series will be released 10th April. She is also four book in to a Beach Reads series, which is with a publisher.

She’s also working on a new paranormal romance series called Hybrid Lovers and is partway through Captivated, which is book one. This one is a ménage between two Hybrid angel/vampires and their human fated mate. No release date as yet. A contemporary romance/comedy Christmas Novella is also planned for this year.

Writing has been her passion since a very early age when her mum encouraged her to use her imagination. Sadly, it wasn’t until the death of her mum, who was also her best friend, in 2009 that she started to take it seriously. Her mother’s wish was to see her published, which didn’t occur until 2014. And now, each book she publishes is dedicated to her.

When not writing, or reading, her main hobbies are; cinema, theatre, live bands, gardening, keeping fit, travelling, Formula One racing, darts and spending time with friends.

Follow Us!
The World Beyond the Walls: epic dystopian eco-fantasy (Natural Forces Book...