On Viking Seas by Jay Veloso Batista
My rating: 5 of 5 stars

The first few chapters were a little hard to get through because it took me a second to realize what was going on and the lore was a little confusing, but once I got past that the book was really good. The action scenes were well written and the characters were awesome and I enjoyed the book. I can’t wait to see what he puts out next!

Shift Happens by Carrie Pulkinen
My rating: 5 of 5 stars

Although this is book 2 in the series, it is a standalone.
This was a brilliant light hearted romance. Sophie has followed her best friend and moved to New Orleans. Now that she knows about the supernatural, she wants to fulfill her dream of being recognised as a witch; after all she has her late grandmother’s grimoire, so she must be a witch.
Getting bitten by a werewolf and being accused of cursing the werewolf pack was not in her plans. Trace just wants to find his best friend and he thinks he knows just the witch responsible, only he hadn’t counted on biting and being so attracted to her.Together they try and solve the mystery of the missing wolf.
I loved the interactions of all these characters, the lighthearted humour just made it so much more entertaining.
I listened to this book on audio and the narration from Hollie Jackson is top class and she brings such a warmth to the characters that you can’t help love them. I would definitelyl isten to other books narrated by Hollie. 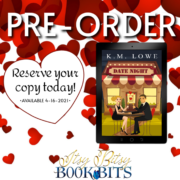 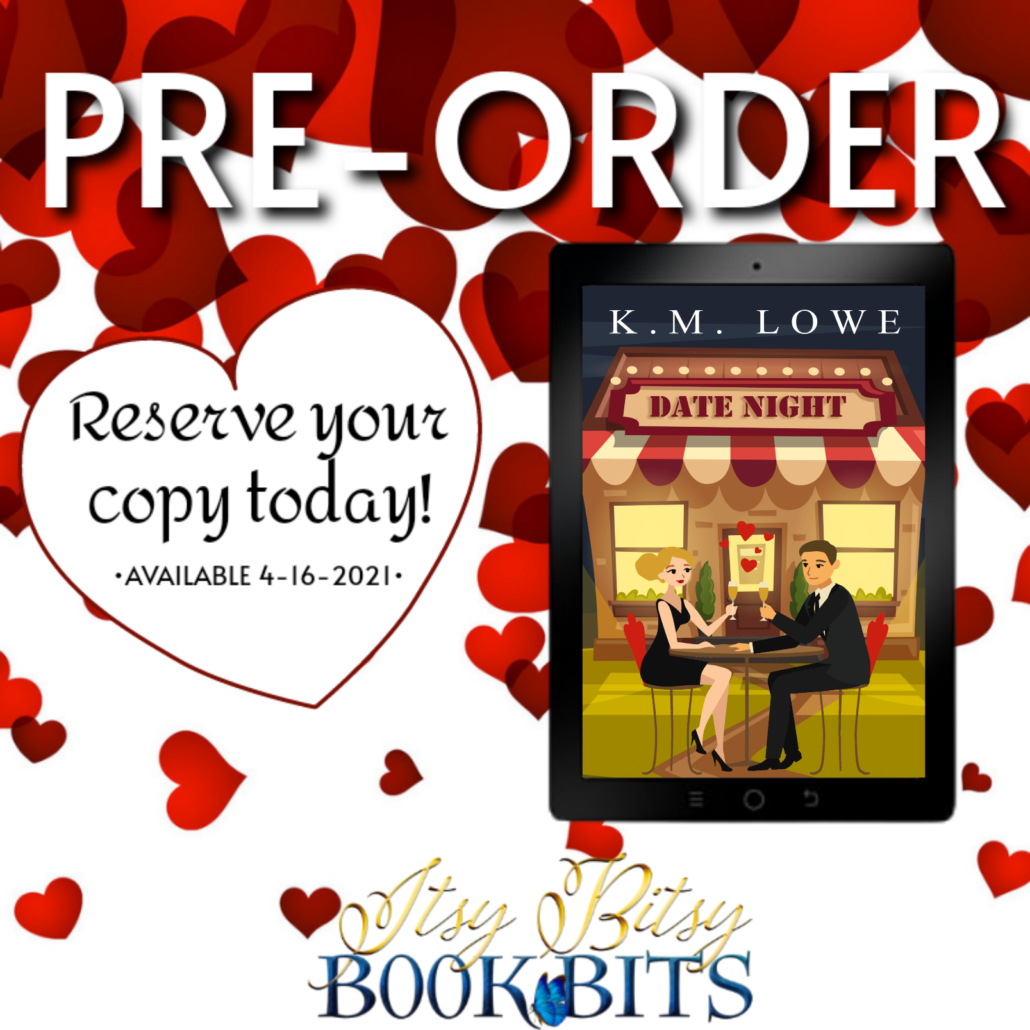 ~
Date Night by KM Lowe
Preorder Now – https://amzn.to/3qQrdFY
#PREORDER #COMINGSOON #ITSYBITSYBOOKBITS #ITSYBITSYBOOKBITSPROMOTIONS #KMLowe #DATENIGHT #ROMANTICCOMEDY #CONTEMPORARYROMANCE #ROMANCE
Hosted by Itsy Bitsy Book Bits
Genre – Rom-Com and Contemporary Romance
SYNOPSIS –
Valentine’s Day is the day of love. A day where couples show how much they mean to each other. A day where gifts and romantic gestures are a thing. But for Hannah Brently, Valentine’s Day holds nothing but heartache and misery. Being dumped on February 14th, wasn’t her idea of fun. It turns her against the whole institute of love.
Until Kyle Randall walks into her life.
Kyle Randall is one of Glasgow’s most eligible Batchelors. He’s the perfect package with wealth and looks. But he isn’t looking for love. Well, that is until his world collides with Hannah’s.
What could happen when two cynical people meet for the first time?
Will Valentine’s Day ever be the same again for Hannah and Kyle?
Sit back, relax, and enjoy the ride.

Two Hearts, One Stone by Leslie Scott
My rating: 5 of 5 stars

Horse trainer Stone Dempsey’s life is all about the ride. Dr. Emmersyn Cole’s goal of starting a practice is finally coming true. But what happens when a baby is thrown in the mix? Leslie Scott is a wonderful author.  This novella is a quick read but it is packed full-on with emotions.

Kissing the Kavalier by Annette Nauraine
My rating: 5 of 5 stars

I loved this historical romance that kept me turning the pages so that I read it one go. This novel is set in 1800s Vienna and inspired by Richard Strauss’s opera, Arabella, which I absolutely loved, having begun to enjoy opera during the past year of lockdown. The writing is gorgeous and the plot is extremely fast-paced, which kept me on the edge of my seat until the very end. It reminded me a little of the first Bridgerton novel, only this novel was much more interesting and better written. I’d read any book by the author Annette Nauraine.

Kissing the Kavalier by Annette Nauraine
My rating: 4 of 5 stars

Kissing the Cavalier by Annette Nauraine is a wonderful historical romance that is based on the opera, “Arabella”, by Richard Strauss. It is set in Austria in 1867- which is beautifully brought to life by the author. All the lush historical and cultural details and the rich textures woven through the story pulled me in and made me feel like I was right there, experiencing everything right alongside the characters.
A story of finding love unexpectedly.
Looking forward to seeing what Annette Nauraine does next.

Forged by Secrets by Amy McKinley
My rating: 5 of 5 stars

I have a serious crush on all three of the Hale Brothers,  but I think Tyler has been my favorite from the beginning.   After reading this book it solidified Tyler as number one.

Tyler is the ultimate protector and he proves it.  He is a Navy SEAL who will protect his Country and those important to him.

There are so many things to say, but not sure where to start and don’t want risk giving anything away.

If you haven’t read anything by her I highly recommend anything she has written.  I have read several of her books and there is a connection between this series and the Grey Ghost series but can be read as a standalone. 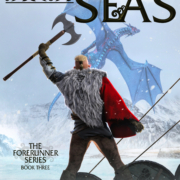 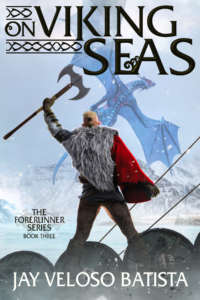 From Cornish pit mines to Jorvik back alleys, from the Mercian Court to beyond the North Sea, the Agneson clan continues their adventures across Midgard and the 9 realms: Scheming aldermen, duplicitous monks, slave drivers, dark elves, trolls, ghosts, shapeshifting witches, the legendary Norse Wild Hunt, and… a dragon!
With the fall of the Danish army at the battle of Ethandun, historical events scatter the Agneson family: Cub is enslaved in the Devonshire tin mines while Sorven stalks retribution in Jorvik; Kara is unwillingly propelled toward a convenient Saxon marriage while Karl and his crew are castaway on a mythic floating island. Separated and marooned, each is forced to tackle their challenges alone while the forerunner Thorfinn faces supernatural revenge, a battle to lift a Jarl’s curse and the release of his Jotenhiem wyrm in Midgard!
Can Cub escape his overseers in the tin pits of Devon? Can Kara evade her Saxon uncle’s plans for her marriage? Will Sorven succeed in his bloody revenge? Can Finn save a Jarl’s daughter and break a mysterious curse? Can the forerunner find and help his scattered family overcome their trials?
And what can Finn do with… a pet dragon?!?
Based on actual historical events and authentic legends, this epic fantasy follows the paths of the sons and daughters of Agne, Son of Ironfist in the Viking Era circa the year 880. Don’t miss this grand panoramic tale! 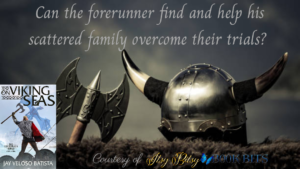 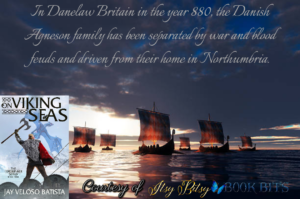 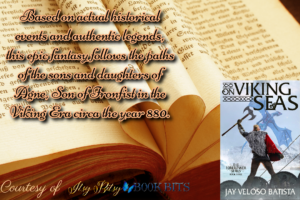 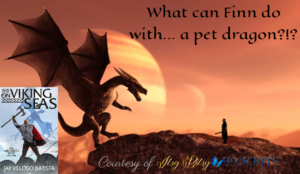 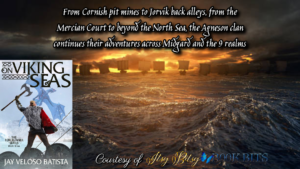 Jay Veloso Batista is a published author of Historical Fantasy and Supernatural Suspense, technical non-fiction, poetry and role-playing games. The Forerunner Series includes ‘Thorfinn and the Witch’s Curse,’ ‘The Vardoger Boy,’ ‘On Viking Seas,’ ‘Kara, Shieldmaiden of Eire (2022),’ ‘A Vardoger in Jotunhiem (2023),’ and ‘The Blue Man (2024).’ Jay loves history, cycling and hiking, and  good craft beer! A frequent traveler for business and pleasure, Jay has visited all 50 states and all of the continents except Antarctica, and the places he has frequented support his story craft. A father and grandfather, Jay lives on the eastern Delaware shore with his wife where they can kayak, swim in the ocean and eat lots of blue fin crabs! You can learn more about Jay at www.jayvelosobatista.com or on his Facebook Author page.

City of Whispers by Katt Powers
My rating: 5 of 5 stars

Katt powers has a way of taking you to a place you would never even imagine with the vivid descriptions and worthy telling the story kept me gripped the entire time. When I first started to read this book I thought hmm ok lets give it a try. So when I started reading I started picturing everything she was saying and got totally lost in this book world. I was up until three in the morning reading this book and could not put it down. This is a book that I definitely can’t wait for the second one to be done thank you for such an amazing book.

Love Between the Lines by A.D. Brazeau
My rating: 4 of 5 stars

Love Between the Lines by A.D. Brazeau. This is such a fun, cute romance. Its the story of Marlowe Bennet who is a romance writer with no romance in her life. She has become a very successful romance author and along with her 2 best friends, her sister Lucy and Iris her life is pretty content. She loves her 2 cats, her friends, writing her books and not dealing with anything else. She has a very bad case of anxiety. When she happens to meet the handsome Heath Rochester a model for romance novels she is smitten. Heath is ready to stop modeling and start running his family’s bookstore. He has a dream of doing that with Marlowe by his side. Will Marlowe be able to get past her anxiety and let her hair down and enjoy Heath or will she stick to her Hermit ways.