Reckless Conduct by Brandy Ayers
My rating: 4 of 5 stars

Luke McCracken is a Cop at the Middleburg Police station and loves his job but made himself a promise he had vowed to keep. But after trying to keep himself in check from the beautiful office manager, one night, just one night he thought would be enough to get her out of his mind. How wrong was he, he had been reckless with her heart and she now hated him, but he had to let her go, he could not let her in, he had to protect her, he had to protect her from himself.

Sophie Gallo had lost a lot in her life, she had lost her mother young in life and now her father which had shattered her heart. And with the loss of her father came the loss of her dreams. Sophie had always had a crush on Luke and she wanted him bed. When that became a reality she felt alive once more one night of wild passion and the best sex of her life but that feeling was short lived when the man of the hour got cold feet and ran. Unfortunately she had to see him everyday after all they worked together and it was pure torture. Sophie has nothing but anger and a good dose of hatred for the man who left her that one night.

One terrifying night all seems hopeless, one night of uncertainty, one night when all could be lost.

I enjoyed this story it was short but intense, sweet with lots of passion. You will enjoy as well. 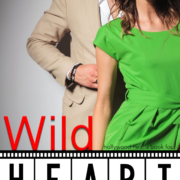