The Flip by K.L. Montgomery
My rating: 4 of 5 stars

The Flip by K.L Montgomery
4 Stars

This was a nice romantic comedy. It made me laugh and cry a bit. I was always looking forward to what disaster would happen next. Penelope Vaughn passes away and leaves her beach house to Andrew and Sonnet. Andrew is her great nephew and Sonnet is her neighbour’s daughter. The problem is that growing up, they were rivals in school. They were always competing for top spot. Ten years have passed since graduation and they have never crossed paths. Sonnet has become an actual rocket scientist and Andrew, though he has a brilliant mind, made nothing of his life. Both were excited to hear that they inherited a house. Both had dreams they wanted to pursue with the money they would make from flipping it.

Neither realized how much work the house actually needed. They decided to put their differences aside, roll up their sleeves and work towards a common goal, flipping the house. This is where the laughter began. From eccentric neighbours to mother nature’s tantrums, from mishaps with dogs and exotic pets, this book had it all. I was laughing all the way through.

Penelope’s plan to get these two together worked perfectly. I’m happy there wasn’t an instant attraction, I want to jump your bones thing. It was a nice slow build up which I’m sure started when they were kids but neither paid attention to it. As the weeks progressed, their feelings took them by surprise. I really enjoyed the book with it’s craziness and lovable characters. 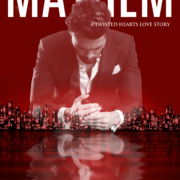